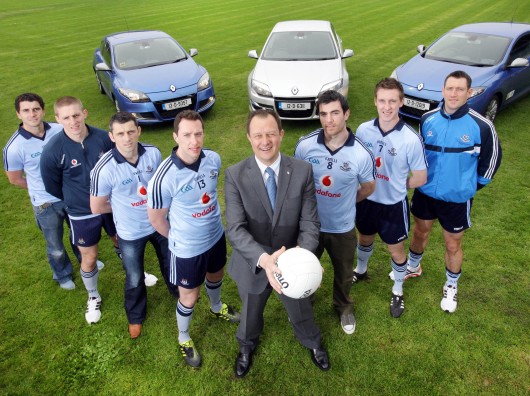 Renault Ireland has been announced as the official car partner to the Dublin Gaelic Football team. You’ll see some Dublin players driving their new Renault cars around town, here’s a list of who’s driving and what model they will be behind the wheel of

In addition to the cars, Renault Ireland are providing new Trafic vans to transport their training gear. Commentating on the announcement Eric Basset, Managing Director, Renault Ireland said: “We are delighted to announce our partnership with the Dublin Football Team today and we believe it’s a great natural fit as we share the same values – hard work, performance, challenge, and dedication. In 2012 Renault and Dublin GAA will have to continue to perform based on the good 2011 results, so we’re in it together! The Renault dealership network has always had a long and successful involvement with their local GAA teams, so it seemed like a natural progression for Renault Ireland to build on these strong roots and work with the county teams”.