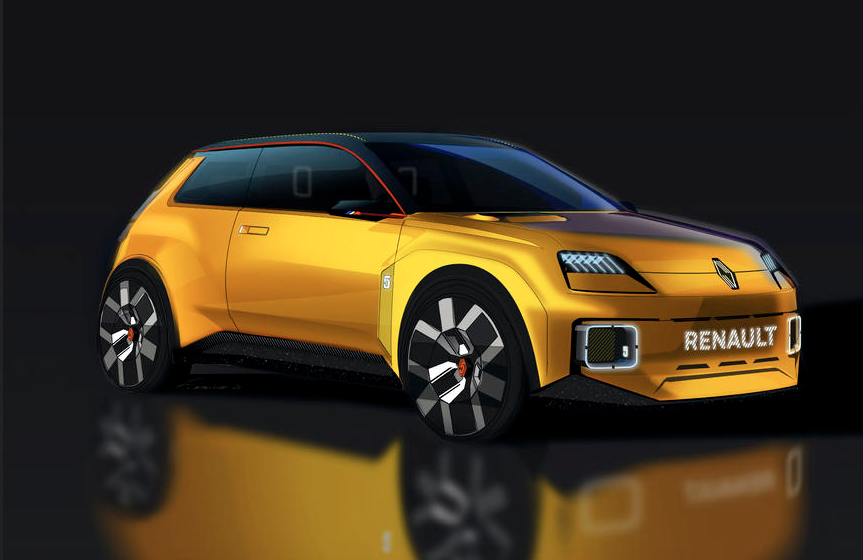 Renault has revealed its strategy for the next five years and beyond, as part of Groupe Renault’s ‘Renaulution’ programme. The plan will see Renault evolving and embracing modernity in the automotive industry to become a tech, service and clean energy brand. Renault will continue its leadership in the transition to cleaner and more sustainble energy through electrified and hydrogen solutions, offering the greenest mix of vehicles in Europe by 2025. As for technology, Renault will take advantage of the “Software République”, an open ecosystem dedicated to software, data, cybersecurity and microelectronics. This will fuel the Renault line-up with enhanced connected services. Value will come through a wider variety of vehicles in the C-segment, the development of cutting-edge technologies and new lifecycle business opportunities.

Innovation has been at the heart of the Renault brand for 120 years and the brand has the assets to support its ambition to be the ‘Nouvelle Vague’. It is the leader in the European EV market with more than 10 years of in-depth experience in electric mobility, services and more than 300,000 vehicles sold. In this time, Renault also invented E-TECH, a hybrid technology including more than 150 patents and drawing on the brand’s electrical and F1 experience. Then there is the Software Factory, which is home to more than 1,000 engineers specialising in software, data and cloud services, soon to be joined by many others. Meanwhile, the recently-repurposed Flins Re-Factory is Europe’s first
mobility-specific circular economy plant which further embodies Renault’s modernity. But all this is just the beginning.

Renault will evolve into:

– A Tech brand, with an ecosystem approach aimed at creating world-leading, next-generation mobility OEMs and suppliers. This ecosystem called “Software République” will allow Renault, other founding members and future partners to develop joint expertise, build European know-how and ensure control and protection in key technologies from big data to electronics. It will also allow Renault to equip its vehicles with leading artificial intelligence and cyber-security systems.

– A Service brand, offering the best connectivity and high-tech services embedded natively in vehicles. In 2022, Renault will be introducing My Link, a new infotainment system with Google built-in. Renault will be the first carmaker to bring Google services to mass-market car. Becoming more intelligent everyday, Renault vehicles will gain value over time. Renault will try to break the consumerist cycle and generate value up until a vehicle’s end-of-life, all thanks to its Re-Factory in Flins (France). The plant will recondition more than a 100,000 used cars per year, repurpose Diesel LCV and convert them into biogas and pure EV. Renault also has a clear advantage within second life and end of life of batteries. The control of these parts of the value chain has the potential to generate new business cases and value.

– A Clean Energy brand, becoming a leader of the energy transition. Challenging leaders in the hybrid market thanks to its revolutionary E-TECH technology, Renault will ensure its leadership on the electric market with new families of products based on our two dedicated electric platforms CMF-EV and CMF-B EV. The brand will also offer market-ready, end-to-end hydrogen solutions for LCVs. The target is to deliver the greenest mix in European market. A repositioned line-up will help the brand win back its place amongst C-segment leaders whilst maintaining its B-segment leadership. A total of 14 models will be launched by 2025 (seven electric and seven C and D segment vehicles) with the ambition to have upper segments accounting for 45 per cent of sales by the same year.

Renault 5 Prototype: The rebirth of a cult car, more modern than ever

The soul of the Renault brand is firmly in its roots, and Gilles Vidal’s design team were inspired by the iconic cult model from Renault’s past, the R5. The Renault 5 prototype looks to reconnect with this past and draw inspiration to find the spirit of those glorious times without merely replicating it. Instead, it demonstrates how Renault will democratise the electric car in Europe with a modern approach influenced by one of the most popular and essential cars of its era.

The Renault 5 Prototype is a charming, compact, city car which takes one of Renault’s timeless successes and develops it to be fit for the future with a modern, 100 per cent electric twist. It has retained the fun and mischievous character, with the pop of yellow highlights. The Renault 5 prototype takes strong features from the original design. The modern approach is evident in the chosen finishes and materials, which are inspired by various electronics, furniture and sports.

“The design of the Renault 5 Prototype is based on the R5, a cult model of our heritage. This prototype simply embodies modernity, a vehicle relevant to its time: urban, electric, attractive.”

The R5 is immediately recognisable, but thanks to a modern treatment of lines and flush surfaces with futuristic detailing, the result is in keeping with current times. Additonally, the styling elements taken from the original design hide some of the more modern features, for example: the bonnet air intake hides the charging hatch, the rear lights include aero flaps and the fog lamps in the bumper are daytime running lights. There is even a nod to the original ‘5’ on the side vent, the wheels and rear logo. The front end and the textile roof are influenced by the world of furniture and are full of ‘French charm’, with a hint of mischief and character that pulls on the heartstrings. The front and rear logos light up, bringing the car ‘to life’. The French flag situated in the rear-view mirrors underline the “invented in France” ethos of the vehicle, and the name displayed on the small transparent screen on the dashboard provides that final flourish.