Porsche has launched its all-new contender to the increasingly growing premium compact SUV segment, with the arrival of the all-new Porsche Macan. This pint-sized Cayenne will go head to head with the Audi Q5, BMW X3 and Range Rover Evoque.

Porsche are continuing to increase their sales, with global sales up 5.4 per cent for the first four months of 2014. The addition of this all-new Macan is sure to further increase these figures. They have invested 500 million euro into their production plant in Leipzig, Germany in order to facilitate the production of the Macan, with an annual capacity to produce 50,000 units. Along with the arrival of the Macan, this year the new Porsche 911 Targa, Boxster GTS and Cayman GTS will go on sale. 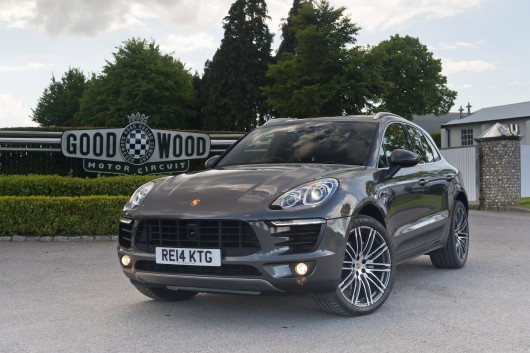 The design team for the Macan took some inspiration from the 911 and 918 Spyder. There is elements of both visually, the headlights in particular follow the design of the lights on the 918 Spyder. The rear of the car features 3D taillights, the switch for the electric tailgate is neatly concealed at the bottom of the windscreen wiper, leaving a clean look for the tailgate. The interior of the Macan is a highlight, the driver sits low and snug with the steering wheel and pedals in line with one another. The rev counter takes centre stage within the driver’s instrument binnacle, the speedometer is situated on the left hand side and a neatly integrated 4.8-inch colour screen sits to the right of the rev counter. This multifunction display has various screens including one for your trip computer, radio station details, telephone information and satellite navigation directions. You can toggle through these menus easily by using the toggle switch on the steering wheel. The remainder of the cabin offers luxury with a high quality feel to all the materials used throughout. Headroom for rear seat passengers is plentiful, considering the sloping roofline. Our test car had the optional panoramic roof, this aids the sense of space allowing a vast amount of light into the cabin. 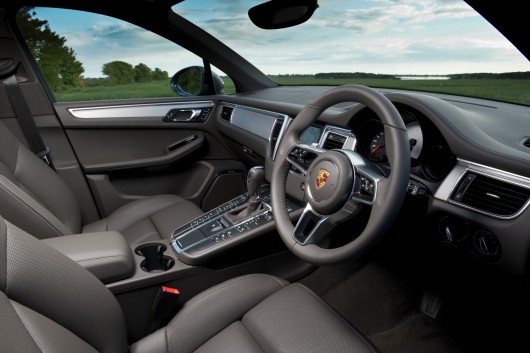 There are three variants of the new Porsche Macan available, two petrol and one diesel model. The petrol line-up consists of the Macan S and Macan Turbo. The Macan S (€77,964) is powered by a three-litre V6 biturbo engine, the same you will find in a Panamera S, it produces 340hp and 460Nm of torque. The range-topping Turbo variant (€106,366) utilises a 3.6-litre V6 biturbo engine to deliver an impressive 400hp and 550Nm of torque. We drove both models at launch on the road and around the high-speed renowned Goodwood race circuit.

All models are equipped with Porsche’s seven-speed PDK transmission, Porsche Doppelkupplung to give it its full title. It’s a superb piece of engineering and in combination with the drive profile can be tailored to suit your driving style. Gear changes take place in a fraction of a second, our test cars were equipped with the optional sport chrono package, this includes the additional Sport Plus button on the centre console. When selected, the engine, chassis and gear shifts are tuned to deliver optimum performance. You can also change gear manually with the gear level or our preferred method, by using the shift paddles behind the steering wheel. The gear changes are far more noticeable in this mode and somewhat harsh, we preferred the smoother setup that’s delivered in Sport mode, which is standard across the range. Porsche’s PDK transmission has the ability to coast, when you lift off the accelerator it automatically decouples the engaged gear and the Macan will coast in neutral, consequently improving fuel consumption. 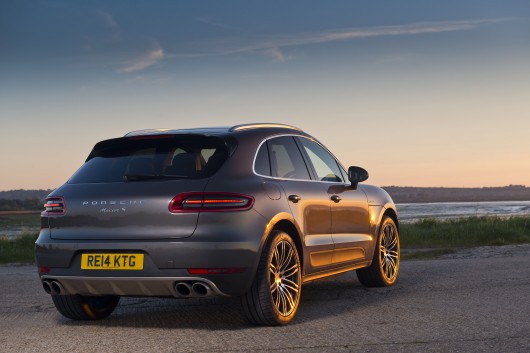 The Macan drives more car-like than SUV-like on the road, it’s very reassuring to drive and feels planted even when you push on through the corners. The body roll is minimal and instils confidence in the driver. The Macan Turbo comes equipped with Porsche active suspension management as standard, this system automatically regulates the damper force on the front and rear axles. On the race track we could notice an improvement on cornering with this system installed on one of the test cars. Nonetheless on the road we feel the steel-spring struts on the Macan S and Macan S Diesel are plenty sufficient for the vast majority of motorists.

Both petrol-powered Macans offer impressive performance and handling traits over their competitors, it’s just a pity the sound emitted from their quad exhausts is somewhat muted. A sports exhaust is a definite must-have on the extensive options list. Our clear favourite model is the Macan S Diesel, it’s a true all-rounder offering abundant performance and fuel efficiency for a vehicle of this size. Its sweet spot is low down the rev range where you can take advantage of its strong torque, 580Nm that’s available from just 1,750rpm. It boasts 30Nm more torque than the range-topping turbo model, and when you consider it’s some €35,000 cheaper it truly makes sense as the Macan to own. This S Diesel’s performance is only surpassed by Audi’s sporty SQ5. It produces 313hp and 650Nm of torque from its three-litre bi-turbo diesel engine. We look forward to pitching these two power horses to a twin-test.

The Porsche Macan personifies Porsche’s ethos of producing high performance vehicles that are rewarding to drive. The only dilemma I can foresee for Porsche is producing enough Macans to meet demand. As the Irish economy shows encouraging signs of recovery don’t be surprised to see a few Macans appearing on Irish roads. 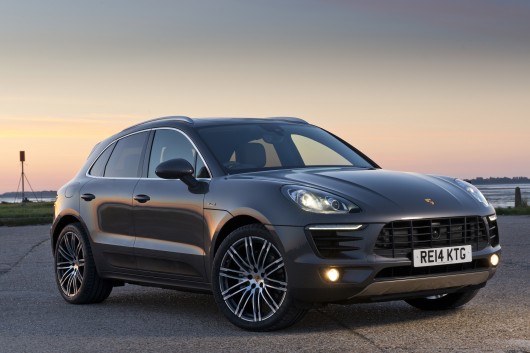