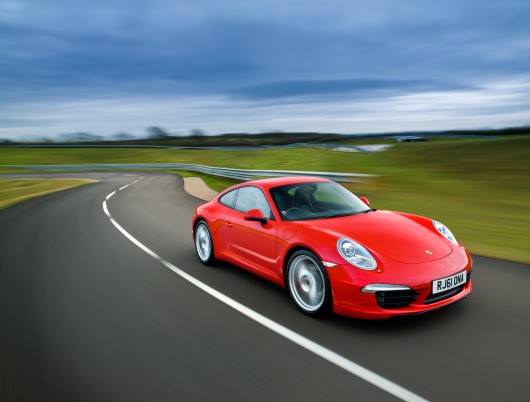 It may be instantly recognisable as a Porsche 911 but get beneath the skin of this all-new model and you’ll discover a host of changes, which combine to result in the most-advanced and complete 911 to date.

The interior of the both the coupe and the cabriolet have been significantly upgraded from the previous generation 997 variant. Porsche has taken some styling cues for the interior from their Carrera GT and Panamera models. You sit low with the centre console rising towards the dashboard, the gear lever is positioned high within easy reach from the steering wheel, the presence of leather and an alcantara headlining certainly enhance the luxurious feeling, something its predecessor lacked. There’s a smart colour display within the instrument binnacle which enables you to view the satellite navigation and trip computer. An electric handbrake has replaced my preferred mechanical lever, something that’s appearing more often nowadays. 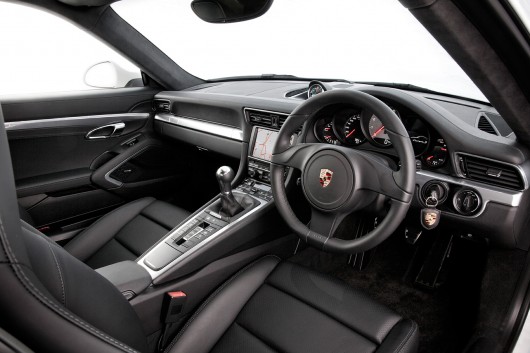 Power has been increased for both the Carrera and Carrera S models. The Carrera’s engine size has been reduced from 3.6-litre to 3.4-litre, whilst power has been increased to 350hp. The Carrera S retains its engine size with a 3.8- litre flat-six, with power increased by 15hp to result in an impressive 400hp combined with 440Nm of torque. I spent the majority of my time driving the Carrera S Coupe and Carrera S Cabriolet on road and track. Both models have an increased wheelbase over their predecessor, resulting in improved high speed stability. Through the use of almost 50 per cent aluminium in the body’s structure the weight of the Coupe has been reduced by up to 45kg and 60kg for the Cabriolet.

Anyone who purchases the €140,117 Carrera S should certainly opt for the sports exhaust system, the noise transmitted through the cabin is glorious and addictive. Also on the options list is the Sport Chrono Package and Porsche Dynamic Chassis Control (PDCC), these items provide the driver with increased feel and feedback from the chassis through the use of dynamic engine mounts and the Porsche Active Suspension Management (PASM), which is fitted as standard on the Carrera S. One press of the sport button instantly stiffens the car’s suspension and whilst it may provide a slightly harsh ride on the country roads it transforms the car on track. I drove the 911 around the fast Thruxton motor racing circuit where I could really test the car’s sports-tuned chassis. The 911 feels stable at high speeds and at all times was predictable with excellent feedback through the new electro-mechanical steering system. The driving position is central with the pedals close together making heel-and-toe down changes effortless. With 400hp available it’s proper fast, reaching 100km/h from a standstill in just 4.5 seconds. It boasts six-piston monobloc callipers fitted as standard, which fit snugly behind the 20” wheels. 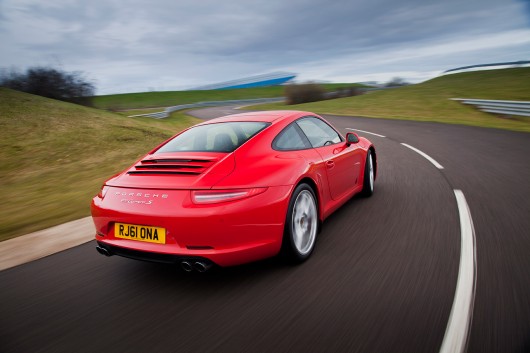 The power delivery is smooth and progressive with the engine happily reving up to 7,400rpm. Debuting in the new 911 is Porsche’s new ‘world’s first’ seven-speed manual transmission, for the majority of my road driving I didn’t require seventh gear, but on long motorway journeys it makes economical sense, aiding fuel consumption. The optional twin-clutch PDK seven-speed transmission provides for instantaneous gear changes and is a joy to use on track, personally I’d rather have the manual transmission for the more involved driving experience on the road.

This latest seventh generation 911 may stay true to form in terms of its classic sports car profile and rear-engine arrangement, but thanks to significant changes to its interior, chassis and engine line-up, this all-new 911 has raised the bar significantly in the sports car market. 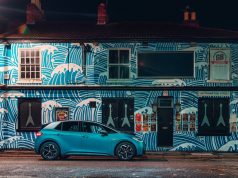 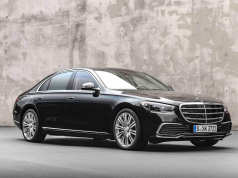 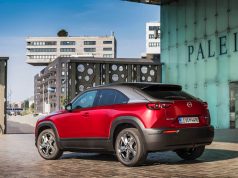