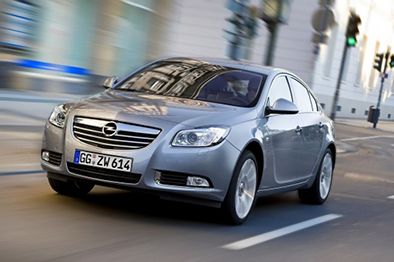 Diesel engines have contributed significantly to the European success story of the Opel Insignia. More than 57 percent of all European orders for the Opel flagship model are for the diesel variant. A team of Opel engineers has improved the existing spectrum of diesel engines ready for 2012. Their goal was to further cut consumption and emissions without affecting power output. The end result is that fuel consumption and CO2 emissions have gone down by 12 percent. However, the level of comfort for driver and passengers has been raised as the engines have also been made quieter. The duo of 2.0 litre Insignia engines are now equipped with Start/Stop technology. Fuel consumption of the engines has been reduced by 0.6 litres per 100 kilometres. The 118kW/160hp variant of the 2.0 CDTI ecoFLEX consumes only 4.3 l/100 km, while emitting only 115g/km of carbon-dioxide.

More efficiency and fewer emissions due to better combustion control

All versions of the 2.0 CDTI Insignia are equipped with the innovative “Clean Tech” technology. The combustion process is optimized by cylinder-integrated pressure sensors. The end result is a significant reduction of nitrogen oxide and soot particulates, while at the same time reaching optimal fuel economy. All 2.0 CDTI engines are fitted with an electronically controlled exhaust gas recirculation. This means that the exhaust gas which has been cooled is then returned to the combustion procedure, resulting in lower carbon emissions.  In addition, the bearings of the dual overhead camshafts have been changed to needle bearings, thus reducing friction and consumption.

Opel engineers focused on the fuel injection strategy as a way of tackling the typical noise and vibrations associated with diesel engines. The enhancements are most noticeable in the partial load range. A third-generation common-rail system operates with injection pressures of up to 1,600 bar. At the same time electro-magnetically-controlled injection nozzles allow multiple injections per cycle. This ensures very precise combustion control. Improved kinematics between the piston and the connecting rod as well as a revised valve drive also reduce the mechanical and combustion noises. Resonance has been counter-acted by increased stiffness of engine components. The engines are additionally insulated against noise.