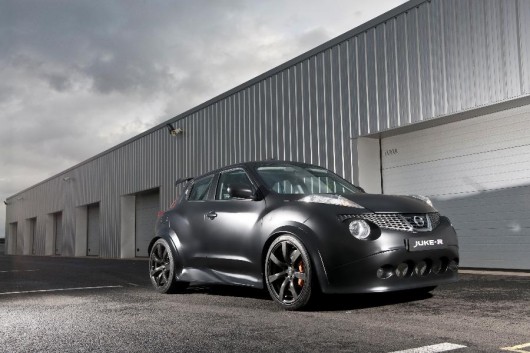 Nissan has confirmed the performance statistics for the Juke-R – the supercar crossover concept that combines the power and handling of the legendary GT-R with the bold design of Juke.

Created in the UK, Juke-R has been developed by Nissan and built by leading motorsports outfit RML with advice from Nissan Technical Centre Europe (NTC-E). Over a 22-week period two models have been created – one right-hand drive and one left-hand drive – with extensive performance testing now completing the final stage of the development project.

Juke-R’s 485bhp 3.8-litre V6 twin turbo engine propels the car from a standing start to 62mph (100kph) in just 3.7 seconds, before continuing on to a top speed of 160mph (257kph). Testing has proved that Juke-R enjoys supercar handling from a compact crossover, thanks to use of the Nissan GT-R’s suspension and drivetrain as well as an FIA-specification roll cage and unique split rear wing. In a straight line, the GT-R’s more aerodynamic shape ensures that its top speed is higher despite the same power plant being used in each. GT-R also remains lighter than Juke-R due to the roll cage and extra chassis reinforcement that has been required to place the supercar’s components into a Juke body.

Juke-R’s physical dimensions obviously resemble Juke more than GT-R. The car is the same length (4135mm), height (1575mm) and has the same wheelbase (2530mm) as Juke, while the width has increased from 1765mm to 1910mm, with flared wheel arches surrounding 20-inch RAYS forged alloy wheels. 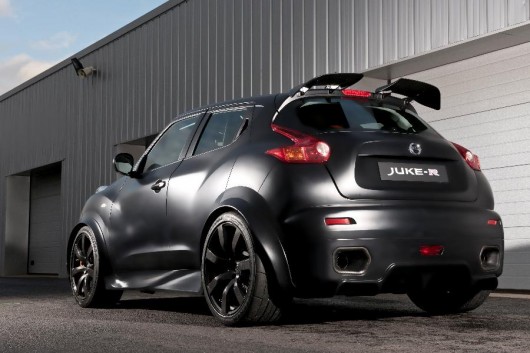 Inside, the driver and passenger sit in OMP race seats, but with all the controls and instruments from GT-R at their fingertips. The 7-inch touch-screen display is in the centre of the dashboard, providing access to the wealth of information about the car to which any GT-R owner has become accustomed.

During the 22 week project, Nissan ‘opened the doors’ on the creation of Juke-R, documenting the development story from day 1 and releasing a series of 10 videos on You Tube and via the Nissan Juke Facebook page – a series which has achieved over 2.2 million views in just 10 weeks. The next installments are scheduled for January when the Nissan Juke-R hits the road.

To watch the latest Juke-R video and to follow the rest of the car’s story, visit the official Facebook page at: http://www.facebook.com/NissanJukeOfficial http://www.youtube.com/user/NissanJuke