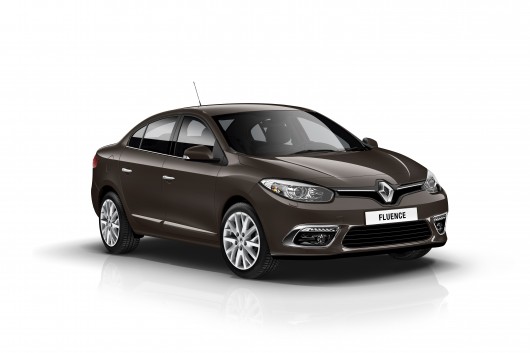 Renault Ireland has announced pricing for its new Fluence, family saloon car. The first-generation Fluence has been a success for Renault, with in excess of 6,000 vehicles sold in Ireland. This new Fluence features Renault’s new styling identity, bearing resemblance to the recently launched new Clio. The interior has been designed to be more modern, with digital instrumentation across all variants. The Fluence is available with a choice of petrol or diesel engines, all diesel engines benefit from tax band A placement.

The standard level of equipment includes Bluetooth, hands-free card, six airbags and remote central locking. Led lights, rear parking sensors, cruise control, climate control and a new multimedia system are available depending on trim levels. Renault’s R-Link multimedia system is available on the high-end models, it provides connected services and access to R-Link’s store where you can download automotive applications. Renault Finance are offering the new Fluence from €199 per month and it comes with a five year unlimited mileage warranty. Commenting on the new Fluence, Julien Lelorrain, Marketing Director Renault Ireland said, “Fluence has been a hit in Ireland since launch over 2 and a half years ago and this new look model will certainly enhance its appeal to the Irish customer. The new front end design and sleek lines make New Fluence stand out amongst its category competitors. The fuel efficient diesel engine with lowest tax at €160, 5 year unlimited mileage warranty and the ReFlex finance solution from €199 per month make New Fluence a very attractive 2013 purchase’ The new Renault Fluence is on sale now, we have listed the prices below.