Land Rover has revealed its new Range Rover, which is set to offer increased levels of luxury and refinement over its predecessor. The all-new lightweight, all-aluminium bodied Range Rover will go on sale in Ireland in January 2013, and across 170 markets worldwide. It boasts a new next-generation version of Land Rover’s Terrain Response® system, which analyses the current driving conditions and automatically selects the most suitable vehicle settings. It utilises a full-time intelligent four-wheel-drive system, with a two-speed transfer box. Powering the new Range Rover are two diesel and one petrol engines, there’s a 3.0-litre TDV6 which delivers 258hp and a 4.4-litre SDV8 which produces a hefty 339hp. The sole petrol unit uses an LR-V8 Supercharged engine which produces 510hp, we don’t expect to see many of these in Ireland. The new all-aluminium body is 39 per cent lighter than its predecessor which will contribute to lower fuel consumption across the range. The 3.0-litre TDV6 will deliver a combined fuel consumption of 7.5l/100km and emits 196g/km of CO2. Prices and full specification will be announced closer to the Range Rover’s launch. 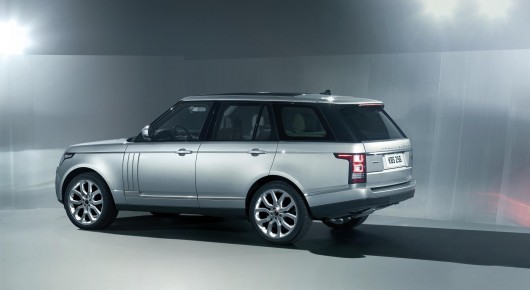