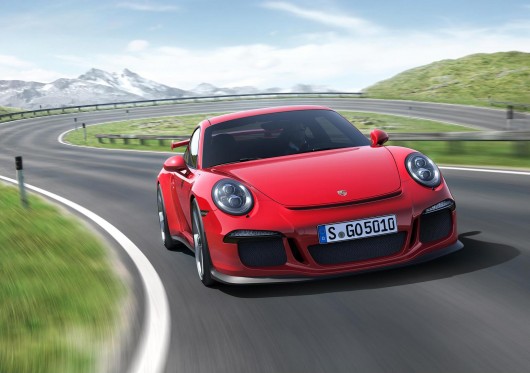 Another star of this week’s Geneva Motor Show is the new Porsche 911 GT3, its launch coincides with the 911 celebrating its 50th anniversary this year. This fifth generation GT3 comprises of an entirely new engine, transmission, body and chassis. Its 3.8-litre flat six engine produces 475hp, with a 9,000rpm rev limit, this is mated to a seven-speed PDK double-clutch transmission, unfortunately there’s no manual option. It will accelerate from 0 to 100km/h in just 3.5 seconds, and go on to a top speed of 196mph. It recently lapped the Nurburgring Nordschleife in under 7:30 minute, proving its blistering pace.

This new GT3 incorporates a newly-developed all-aluminium suspension which is fully adjustable. It sits low on 20” forged alloys with central locking hubs. The level of standard equipment has been increased over its predecessor, this includes dynamic engine mounts, which have been specially tuned for the GT3. Also included as standard are, sports seats finished in Alcantara and leatherette, automatic climate control, Bi-Xenon headlights, MP3 connectivity and a three year warranty. The new Porsche 911 GT3 is available to order now, with prices commencing from £100,540 in the UK, (Irish Prices to be announced shortly). All customers will receive a complimentary driving course at the Porsche Experience Centre, Silverstone. 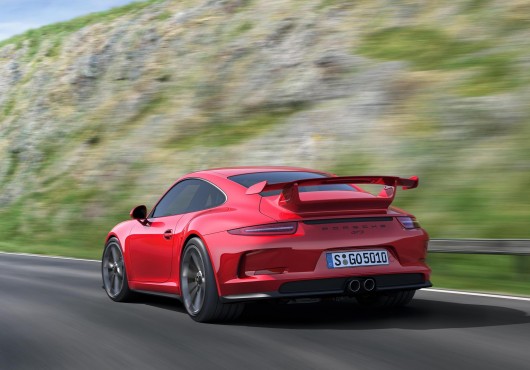