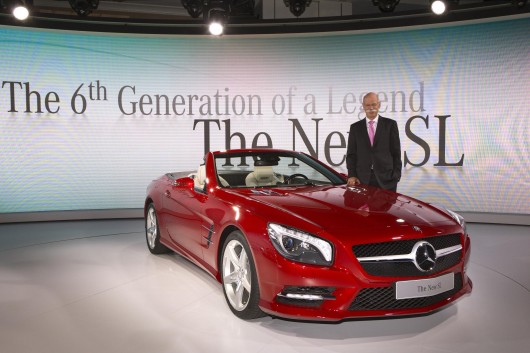 Mercedes-Benz has unveiled its sixth generation SL at the Detroit Motor Show. This latest version has been produced for the first time almost entirely from aluminium, resulting in a weight-saving of up to 140 kilograms less than its predecessor.

Powering the SL will be a line-up of new BlueDIRECT engines, which according to Mercedes will be more powerful yet up to 29 per cent more economical than the engines in the outgoing models. The SL 350 will develop 306hp and 370Nm of Torque, while the SL 500 will produce 435hp and a whooping 700Nm of torque which equates to a 0-100km/h time of 4.6 seconds.

There’s a host of innovative new features too, including the Magic Vision wipers which supply water from the wiper blade as required and depending on the direction of wipe. The Hands-Free Access Systems lets you open the boot by simply moving your foot in the vicinity of the rear bumper.