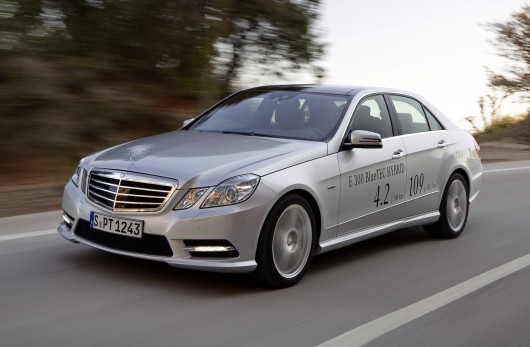 ercedes-Benz are set to launch what they are calling ‘The World’s Most Economical Luxury-Class Hybrid’ in the form of a new E300 Hybrid, which will arrive on Irish shores shortly. The E300 Hybrid will deliver a combined fuel consumption of just 4.2l/100km and boasts emissions of 109g/km of CO2, which places it in tax band A, with €160 annual road tax. Power is derived from a 2.2-litre four-cylinder diesel engine which produces 204hp, with the energy of a 20kW electric motor. The car can be driven solely under electric power. Prices will be announced closer to the car’s launch but Mercedes-Benz expect a price of approximately ten per cent above the current price of the E250CDI which currently costs €47,500. Commenting on this announcement, Ciaran Allen, Sales Manager for Mercedes-Benz passenger cars said: “this small price differential will be more than offset by increased fuel economy and the savings in fuel costs that owners will make over a short ownership period.”