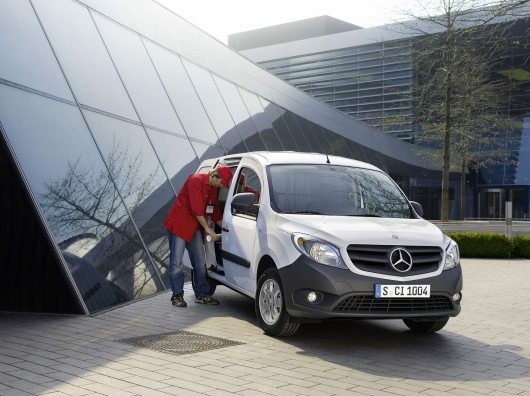 Mercedes-Benz has announced that it will introduce a new compact-size van into Ireland in early 2013. This new vehicle named Citan will join the larger Sprinter and Vito Mercedes vans. The Citan will be available in three lengths across three variants, a standard van, combined five-seater van/crew carrier and a five-seater personnel carrier. There will be three turbo diesel engines and one petrol engine available, ranging in power from 75hp to 114hp.