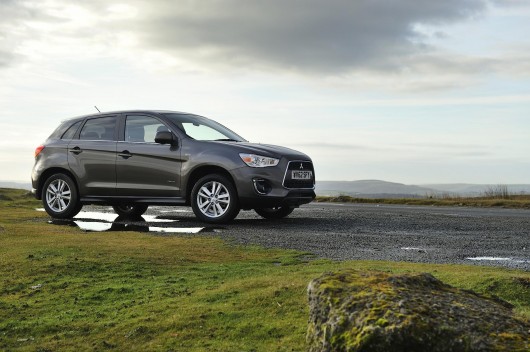 Simplicity is often the key when choosing a new vehicle and if you are thinking of a Crossover as your next purchase, might we ask you to consider the ASX. To many, if you mention ASX you get a raised eyebrow but I suppose it’s our job as the motoring media to change that. People are not familiar with Mitsubishi’s baby, but the ASX has been available since 2010. It was a replacement model for the RVR that was predominantly an imported vehicle, which made its way to Ireland on the rather unattractive boat that left Japanese shores every six weeks. As Ireland and its car market changed over the years the trend was going towards SUV’s and small Crossovers. With this in mind the ASX was launched and is currently available in two variants, the 1.6 petrol or the 1.8 diesel which I have on test. 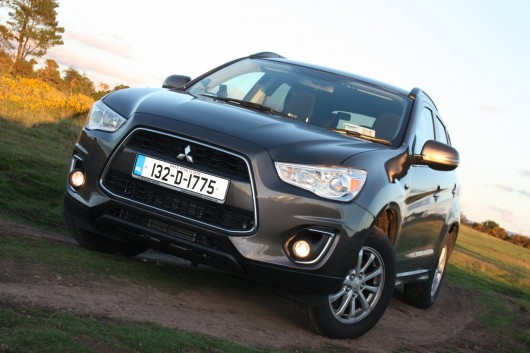 Inside the cabin is roomy with everything ergonomically placed within easy reach. When started the DiD 16-valve MIVEC engine is very quiet which makes a nice change from some of its competitors. The 1.8-litre engine produces 116hp and 300Nm or torque, which is very evident when you set off. The six-speed manual transmission is precise and aided by a super light clutch, which make gear changes effortless. This engine can deliver 55.4mpg and produces just 137 g/km of CO2, which puts it into Tax Band B2. In other countries the ASX is available with all-wheel drive but that pushes the economy and emissions in the wrong direction so here in Ireland, only the front wheel drive version is available. I doubt many buyers will be looking for a hardcore off-roader in a Crossover anyway but if they do, might I suggest the ASX’s larger brother the Outlander, that we also reviewed. In living with the ASX for a week I can honestly say it’s a nice drive. When pushed hard you get a hint of bodyroll which lightens the inside front wheel in corners. The traction light will blink but the wheel with the most grip always feels planted and sure footed. Torque steer is also evident when pushed but that is to be expected with 300Nm on tap. My advice is to drive it civilized and it will reward day in and day out. 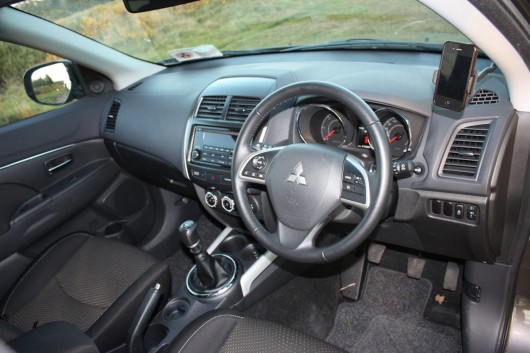 To further push the ASX in Ireland Mitsubishi Motors has teamed up with Dublin’s Q102 to become the driving force behind the station’s famous Blue Crew promotional team. The Q102 Blue Crew team took delivery of three new Mitsubishi ASX’s, which will be out and about across the County flying the Q102 flag. We wish them every success and hope they enjoy driving the ASX as much as we did. Remember aside from the standard 3 year manufacturer warranty Mitsubishi Motors Ireland, are still offering an extended warranty resulting in cover of 8 years or 150,000km as standard on all passenger cars, which is fully transferable to a new owner at any point during the cover period. It’s hard not to consider the simple, practical ASX. 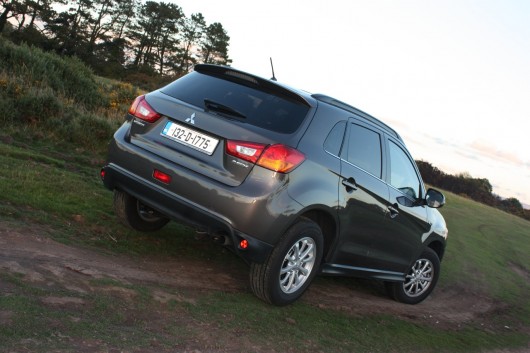