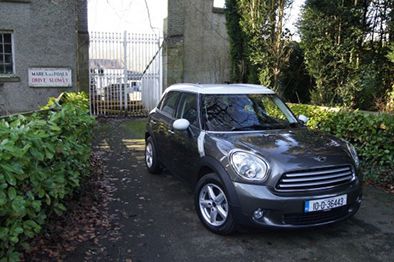 The Mini has been synonymous with rallying over the years, with the classic mini earning itself three famous victories in the gruelling Monte Carlo Rallies of 1964, 1965 and1967. The car was piloted by iconic drivers such as Paddy Hopkirk, Timo Makinen and Rauno Aaltonen. After a break of over 40 years MINI will return to the World Rally Championship this year with a works team entering the new MINI Countryman WRC.

Regrettably, I haven’t been offered a test in their WRC car, although I have spent the past week driving the road-going MINI Cooper D Countryman. The Countryman is the first Mini to have four doors, seating for five adults and offers four wheel drive. From the exterior the Countryman is instantly recognisable as a Mini albeit a larger one. Inside, the higher seating position offers you great all-round visibility aided by the large curved windscreen. The switch gear is straightforward to operate and recognisable from previous Mini models, with the central speedometer being the focal point. 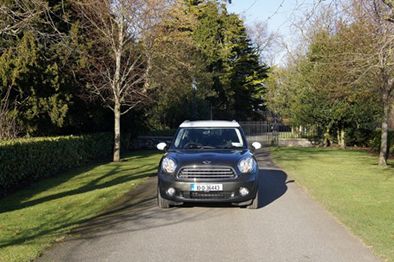 On the move the Countryman has managed to retain the excellent handling characteristics that make driving the standard Mini so enjoyable. The feedback through the steering wheel is positive and reassuring. My Cooper D is powered by a 1.6 litre four cylinder turbo diesel engine which puts out 112hp, it doesn’t deliver what the Cooper badge may represent in terms of performance, however it’s economical achieving 4.4l/100km on a combined cycle. If it’s more power your after opt for the 184hp petrol Cooper S.

The Countryman will appeal to both new and existing Mini owners who wish to have the look and feel of a Mini with the practicality of a crossover vehicle. The Cooper D Countryman starts at €26,830, the ALL4 (four-wheel drive) version is available for only €2,150 extra which I’d highly recommend.