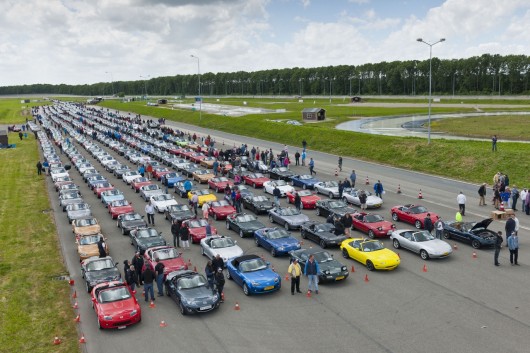 The Mazda MX-5 set a new entry in the Guinness Book of World Records at the recent big MAX-5 event held on the 15th June in Lelystad, Netherlands. There was a total of 683 Mazda MX-5’s present which formed the longest parade of driving Mazda’s ever. The 1,450 participants shattered the existing record for the “largest parade of Mazda cars” which was 459 Mazda MX-5’s set in Essen, Germany in 2010.  Throughout the MAX-5 2013 event, the RDW Test Centre at Lelystad was completely dedicated to the Japanese brand and the Mazda experience. This included demonstrations by the Ribank Mazda MaX5 Cup racers and the three-rotor-engined Mazda3 20B owned by Belgian racing family Van Herck. Whilst there the participants had the opportunity to take a test drive in all the new Mazda SKYACTIV models, they could also have a free inspection of their MX-5’s over the weekend. 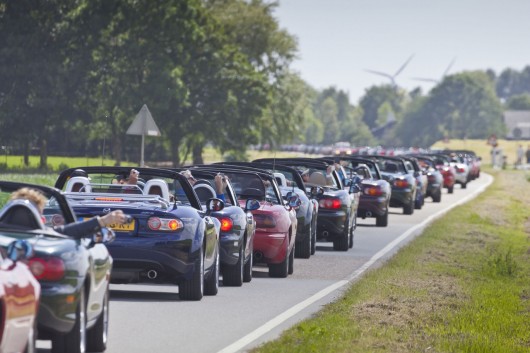