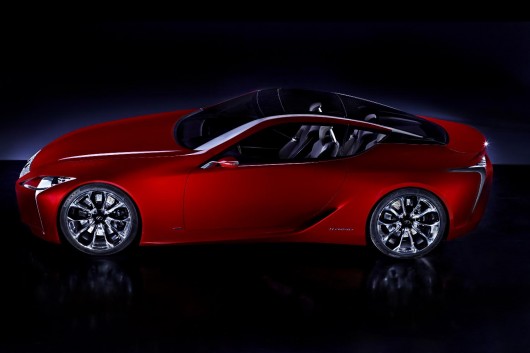 Lexus will unveil a new LF-LC 2+2 sports coupe concept at the North American International Auto Show (NAIAS) in Detroit on 9 January, a vehicle which marks a further step in the development of Lexus’s design direction.

According to Lexus they have “crafted the LF-LC from a clean sheet of paper, combining high technology and organic shapes to achieve a close connection between driver and car”. The concept’s clean lines create a highly distinctive, futuristic look.

LF-LC was conceived as an exercise to explore the future of Lexus design and was created at Lexus’s Calty design studio in Newport Beach, California. More details will be releases when it’s displayed at the Motor Show in Detroit in January.