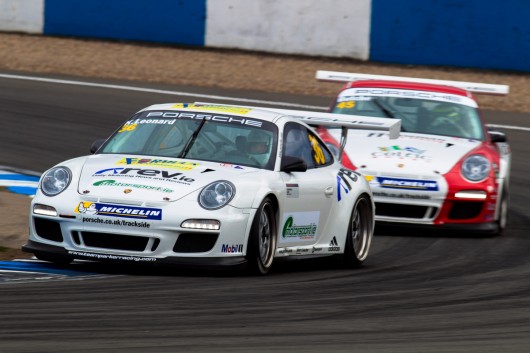 The picturesque circuit of Donington Park in Leicestershire was the host venue for rounds three and four of the Porsche Carrera Cup GB Championship. It was the 2012 Champion Michael Meadow’s turn to show his pace, wining both rounds and therefore putting himself back into contention for this year’s championship. 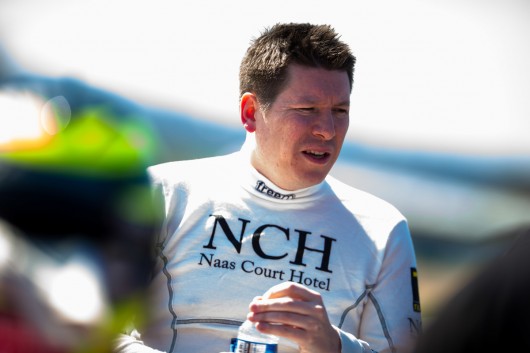 Closer to home, Irishman Karl Leonard enjoyed success with two victories in his rev.ie backed GT3 Cup car, in the Pro-Am1 category. It was a hard fought win in the first race, Karl was dicing with his brother and team-mate Michael and Victor Jimenez. Karl worked ahead when the fast-starting Michael ran wide at Redgate corner, and when Michael later spun at McLeans, Jimenez got back to second place. Meanwhile Will Goff won the Pro-Am2 category from Peter Smallwood.

Round four would see Meadows round off a perfect day with another victory, ahead of second-place man Dean Stoneman, with Jonas Gelzinis rounding up the top three finishers. Karl Leonard drove an excellent race to win the Pro-Am1 category, ahead of Dan De Zille and Victor Jimenez. To top the Dubliner’s weekend, Karl was awarded with the driver of the weekend trophy. The next rounds of the 2013 Porsche Carrera Cup GB Championship take place at the super-fast Thruxton circuit in Hampshire on 5 May. 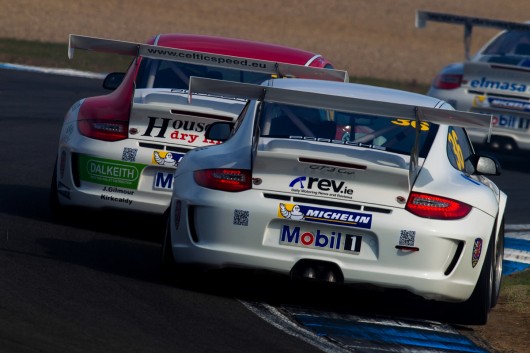