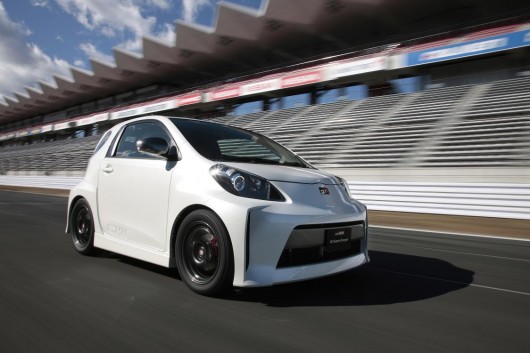 Toyota showed its hot new iQ at the 2012 Tokyo Auto Salon, it’s the world’s largest custom car show. Leading the way at this year’s show are new concept cars from some of Japan’s leading design and race engineering houses.

GRMN – Gazoo Racing tuned by MN – is showing a second-generation of its iQ Supercharger prototype, a model scheduled for a limited (100 units) production run later this year. The car is powered by a further development of the supercharged 1.33-litre engine previously used by GRMN in the iQ 130G MT, delivering 128bhp (95kW) and 180Nm. It also features a six-speed, close ratio transmission, uprated brakes, sports suspension and a tuned dual exhaust system.

As well as hotter performance, the car gains a new look thanks to a full body kit, including rear spoiler, sports seats and instrumentation and 16-inch Enkei alloys.

GRMN has also got to work on new Yaris, building a Turbo Concept. Based on the three-door Yaris (called Vitz inJapan), it carries a 178bhp (132kW) 1.5-litre turbocharged engine and is track-prepared with revised suspension, improved brakes and 18-inch rims.

Even in showroom guise, the new GT 86 has the looks and performance to command attention. The Tokyo Salon shows that package taken to another level in two new styling interpretations from TRD and Modellista that make full use of modified parts and accessories. Key handling features added to TRD Performance Line GT 86 include a reworked suspension with new front and rear anti-roll bars, a carbon front strut, rear diffuser, additional cross-bracing and a high-response exhaust system. Finished in Satin White Pearl, the coupe gains a full body kit with skirts and spoilers, 18-inch alloy wheels and sports seats and meters in the cabin. Likewise, the Modellista interpretation of the “hachi-roku” (eight-six) shows some of the customisation possibilities the car offers.

These versions are shown alongside the Gazoo Racing FT-86 which competed at the Nürburgring 24 Hours in 2011. The team has announced it will return to the event this year with a specially prepared GT 86. 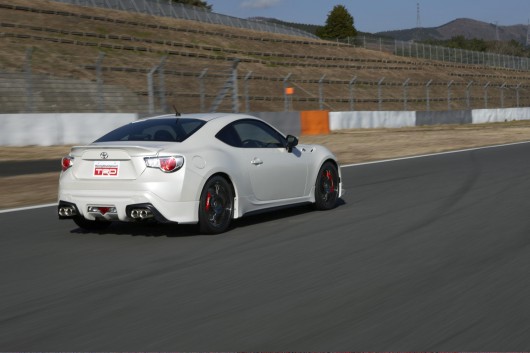