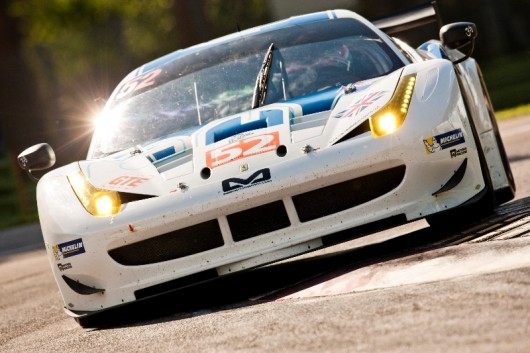 Matt Griffin will compete in the 2014 FIA World Endurance Championship, which includes the prestigious 24 Hours of Le Mans as one of its eight rounds. Matt will race for RAM Racing in a Ferrari 458 Italia, Griffin, who steered a Ram Racing Ferrari to three victories in the five-round ELMS series last year and who was crowned LMGTE Driver Champion together with Johnny Mowlem, will be one of two Pro drivers in the largely manufacturer-led class, and his partner in the No.52 F458 will be announced once contracts are finalised in the very near future. Commenting on the announcement Dan Shufflebottom Team Principal said, “Right from the outset we targeted the FIA WEC as the championship we’d like to be in, and we’re proud and very pleased to have had our entries accepted for 2014,” says Dan. “We’re confident we’ll have an excellent driver line up in both classes which will be able to take the fight to the manufacturer entries. We are under no illusions as to the level which will be required of all of us, but we wouldn’t be doing it if we didn’t think we could meet that high standard.”

The FIA WEC begins on 20th April at Ram Racing’s home track of Silverstone in the UK then travels to Belgium, France (Le Mans), USA, Japan, China, Bahrain and Brazil. For more information go to www.fiawec.com or look on Ram Racing’s website www.ramracing.com