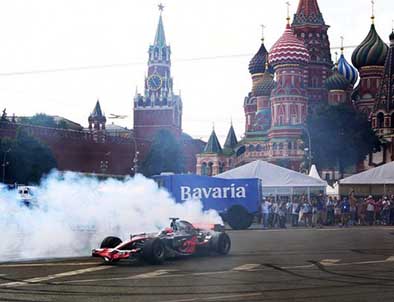 On 3rd June 2012, the streets of Dublin will be the scene for the first edition of Bavaria City Racing Dublin.  The unprecedented demonstrations by international racing cars and drivers from the highest racing classes bring the best of motor sport closer than ever before.  The event brought to you by Bavaria Brewery and Gleesons, the Irish Distributor, is expected to be one of the biggest ever seen on the streets of Dublin, with free admission to members of the public.

Gavin Collins, Managing Director of Bavaria City Racing Dublin explains:  “It’s been 16 years since Ireland has witnessed the excitement of a working F1* car, but Bavaria City Racing Dublin is about to change that.  Formula 1 cars will follow a designated track through key landmarks from the Convention Centre, to Custom House Quay, travelling across Butt Bridge and onto D’Olier Street, around College Green, passing Trinity College Dublin, turning in front of Central Bank then onto Westmoreland Street and O’Connell Bridge before travelling back along the quays and returning to the main paddock at the Conference Centre.  The event is expected to inject a direct boost of €12.6m** into the Irish economy and will be 96% free for spectators.  The Dublin event will be a fun-fuelled weekend of interactive activities around the main event, with something to meet every individual’s interests, from fashion to music to motor racing, with gala dinners and after parties.” 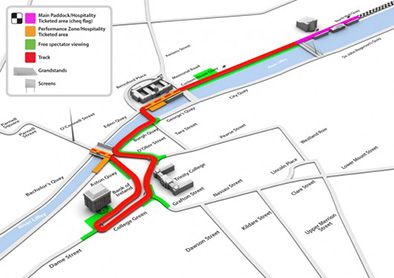