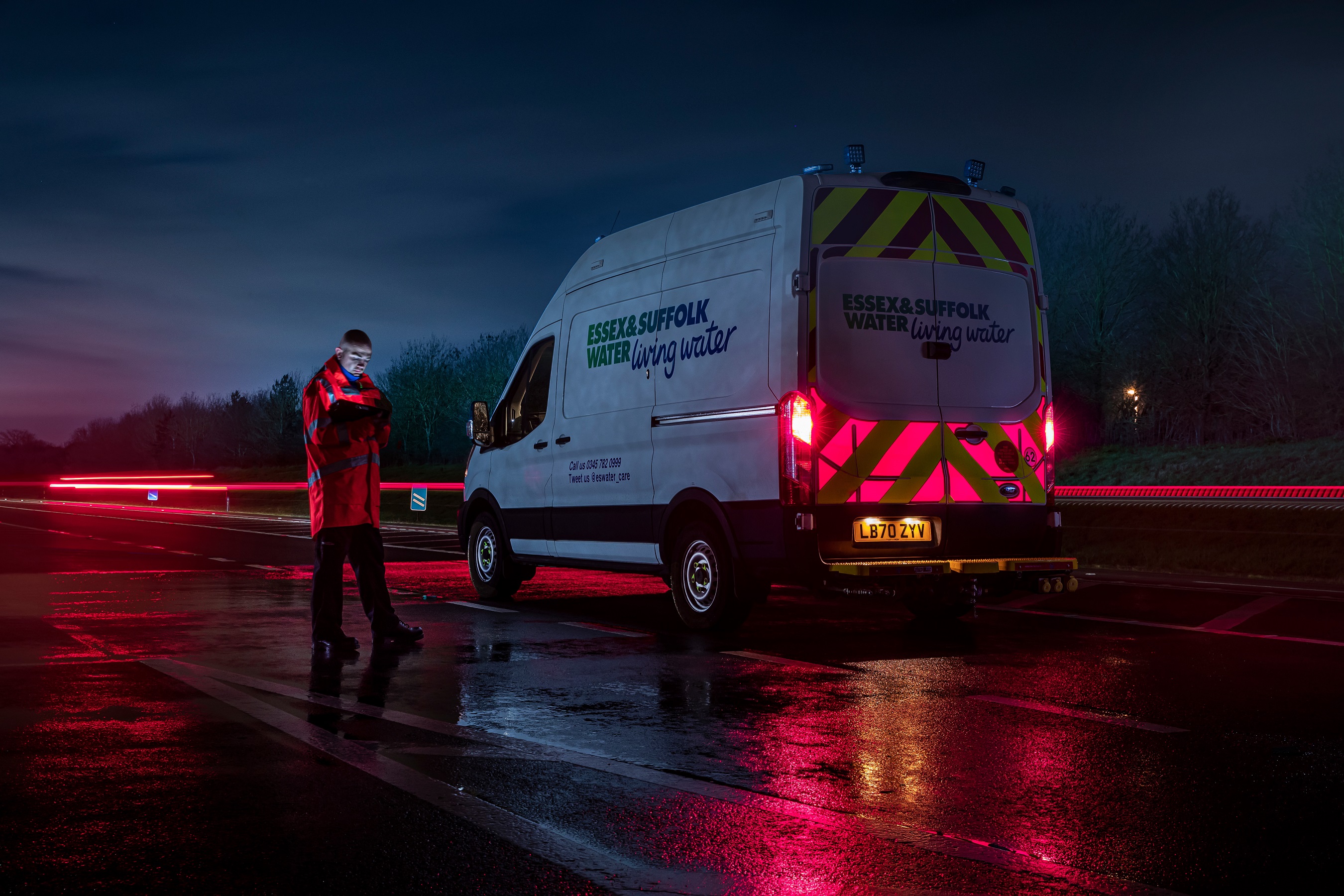 Whether repairing our cars, fixing potholes, or maintaining our gas and water supplies, many workers have to operate in high risk environments in order to reduce disruption to our lives. Every year, workers are injured or killed on Europe’s roads. 1

Reflective panels can be a help, especially on long, dark winter nights. But they are reliant on the headlights of other vehicles for illumination and can be less effective when approached from around a bend. Now, Ford has come up with a bright idea.

First-of-their-kind Electronic High Visibility Panels don’t rely on other light sources to be clearly visible. The red stripes are illuminated by electricity passing through a thin layer of phosphorus gas – technology already used in aeroplane cockpits and on screens for medical and military equipment.

Ford trialled the panels in collaboration with Northumbrian Water Group, in the UK, enabling engineers to monitor their effectiveness in real-world scenarios and to gauge the benefits of panels that light up – even when other drivers neglect to activate their headlights.

Now available for Ford Transit and Transit Custom models, turning on the Electronic High Visibility Panels is as easy as flicking a switch behind the driver’s seat. Northumbrian Water Group are the first commercial users. 2 Ford is also currently exploring opportunities to make Electronic High Visibility Panels available in other European countries.