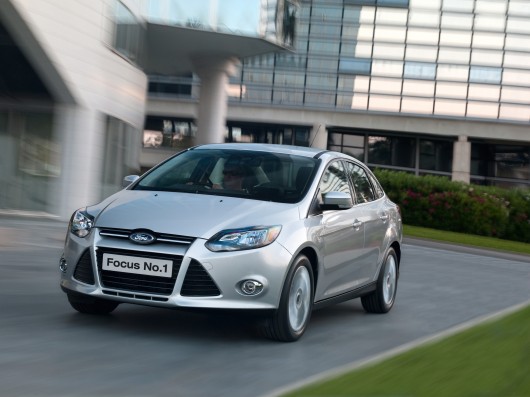 Ford are today celebrating today with the announcement of figures released by the Society of the Irish Motor Industry (SIMI), which shows the Ford Focus retained its title as Ireland’s top selling car in 2011. The Focus joined Ford’s Fiesta, C-MAX, Galaxy and Transit as top sellers in their respective segments.

Focus sold a total of 4,209 units during the year to top the sales chart, placing the nameplate 242 units ahead of its nearest competitor, the VW Golf. The Fiesta also retained its place as one of Ireland’s favourites by selling 2,938 units, a level of sales that guaranteed it a top ten spot at sixth place and ensured it was the top seller in the small car segment.

Eddie Murphy, Chairman and Managing Director of Ford Ireland, commented: “We are thrilled that new Focus is again Ireland’s favourite car. With the new model arriving late in the first quarter, outside of the normally brisk sales period at the start of the year, there was a danger that the model would be playing catch up, but thanks to the outstanding market reaction to the new model, that has not been the case.

“An important element in the success of new Focus is how the car is again setting the standard for technological development within the segment. No other comparable model offers such a broad range of cutting-edge technology, such as Active City Stop, Active Park Assist, Lane Departure Warning and Traffic Sign Recognition.

“For the 2012 sales period, pre-orders have been ahead of those for the same period in 2011 and a strong driver of that for us has been Focus. Indeed, we would be confident that Focus will retain its position as Ireland’s best-selling car in 2012.

“Overall, the buoyant start to the year is likely to peter out given the general economic outlook and we foresee total car sales to be in the region of 85,000 units in 2012”.