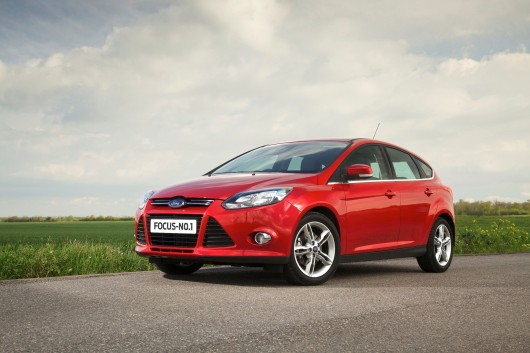 The Ford Focus has been announced as Ireland’s top selling car in 2012, as sales figures have been released by the Society of the Irish Motor Industry (SIMI). Ford sold a total of 3,738 units in 2012, and topped the sales charts ahead of Volkswagen, with their most popular model being the Volkswagen Golf, it achieved sales of 3,356 units. In third place was the Nissan Qashqai with sales of 3,258 units.

Commenting on the announcement of the Ford Focus achieving the top spot, Eddie Murphy, Chairman and Managing Director of Ford Ireland said, “In a tough year for car sales, with the market down some 12 percent, we are delighted that Focus was again the number 1 choice for Irish motorists.  Its great mix of stylish design and cutting-edge technologies continues to keep Focus at the top of motorists’ wish lists. “We would expect 2013 to be another challenging year in the industry with car sales finishing perhaps in the same region as the 2012 total of 79,500.  The new 131 / 132 registration system will undoubtedly help to spread the traditional January rush for the new registration plate but it could be a year or two before the full effect of the change is felt.”