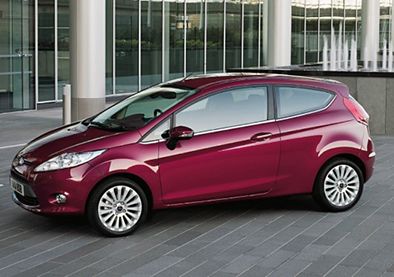 The Ford Fiesta is celebrating two milestones in the summer of 2011, reaching its 35th birthday with a total of 15 million cars produced worldwide. But despite turning 35, Fiesta is showing no signs of a mid-life crisis. In fact, it looks sharper than ever inside and out thanks to a refreshing facelift. The Ford Fiesta reached the 15 million production landmark this month, a figure boosted by the popularity of the latest generation model. Ford has built a million of the current model since it debuted 28 months ago.

AsEurope’s best-selling small car in 2009, 2010 and on track to accomplish the same feat in 2011, the Fiesta is one of Ford’s greatest success stories – appealing to several generations of drivers with its attractive styling, practicality, efficiency and performance. “The Fiesta is a special car that has a special place in the hearts of European customers and car lovers around the world,” said Roelant de Waard, vice president, Marketing, Sales and Service, Ford of Europe. “It’s a testament to the original Fiesta from 1976 and the engineers who have developed and improved the car through more than three decades that the Fiesta remains one of the world’s most popular cars.

“Times and technologies have changed, but as long as the Fiesta continues to deliver the style, economy and performance elements that have been present from the very beginning, it will remain an enduring success.”

To keep the Fiesta’s dynamic styling and customer appeal as fresh as ever, Ford is introducing a number of exterior and interior styling changes. Furthermore, a new exterior colour – Fashionista – is now available and Digital Audio Broadcasting radios, enabling drivers to tune into a larger range of stations with better sound quality where present, are introduced alongside Sony audio systems, both equipped with the signal-improving Diversity Antenna.

From the Fiesta Style onwards the range now has carpet-backed rear seats and a map pocket on the rear of the driver’s seat. The enhanced Fiesta also adds fog lamps with chrome surrounds and unique wheel trims for the exterior. Inside, new bright silver applications for the air vents and door levers create a striking contrast with a new dark grey interior package. A full leather soft-touch steering wheel, trip computer and attractive new seat trim are also being added. The range topping Fiesta Titanium boasts further upgrades, including a new chrome strip for the upper front grille, exciting new 15-inch alloy wheels and a woven headliner. New partial leather seats are also available as an option. “These upgrades ensure that the Fiesta continues to put its best foot forward in terms of style, equipment and comfort, just as it has done for the past 35 years,” said de Waard.

“With 15 million sales worldwide, the customer response to the Fiesta as a small car package speaks for itself, and we hope the carefully selected upgrades to the current Fiesta will further improve its appeal to small car drivers across the globe.” The very first Fiesta was produced inValencia,Spain, in 1976 as Ford’s practical and economical response to a fuel crisis that was gripping the world, and it immediately tapped into a small car demand inEuropeand around the world.Valenciacontinues to build the current Fiesta production with Ford’s manufacturing plant inCologne,Germany, now producing the majority of new Fiestas. The Fiesta also is built inNanjing,China;Rayong,Thailand; andCuautitlàn,Mexico.

Thirty-five years, six generations and 15 million cars after its debut, the Fiesta continues to offer practicality, style and efficiency to car buyers of all ages