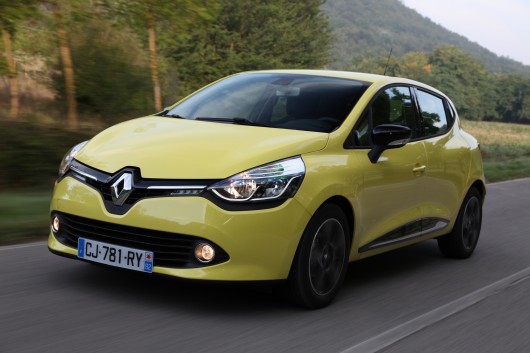 Renault’s all-new, fourth-generation Clio has just made all Renault salesmen’s jobs a lot easier. This new Clio will certainly attract customers into the showrooms as a result of its stunning looks. It’s an attractive car from all angles, with the oversized Renault emblem taking centre stage in the front grille. To date Renault has sold almost 12 million Clio’s since the first one rolled off the production line in 1990. This new variant has been designed by Laurens van den Acker, whose premise is to keep the car’s styling as closely related to their concept cars as possible.

This new Clio will go on sale across the country towards the end of October, prices will be announced closer to the launch date, but we expect them to commence from approximately €15,000. From launch you can choose from two petrol and one diesel models. The entry-level Clio will be the Energy TCe 90, it’s powered by a zippy three-cylinder 898cc petrol engine, and offers 90hp and 135Nm of torque. There’s also a 1.2-litre petrol variant that produces 75hp. The diesel model is a 1.5-litre dCi engine with 90hp and this economical unit produces just 83g/km of CO2. We test drove both the three-cylinder petrol and the diesel Clio at the car’s European launch in Italy. Our favourite is the three-cylinder petrol model, it’s an energetic engine that’s rev-happy and fun to drive. It’s much quieter at motorway speeds over its competitors including the Volkswagen Polo and Peugeot 208. Fifth gear is notably tall, which makes for good motorway driving. The Clio’s chassis is confident through corners, with a direct feel from the steering wheel, this bodes well for the Renaultsport variant, due to follow in a few months time. It sits lower and has a wider track then its predecessor, it’s also a lot firmer. The diesel model is slightly more refined with passengers on board, the extra torque means less down changes, especially on any inclines, we would anticipate the three-cylinder to make up the majority of sales though. 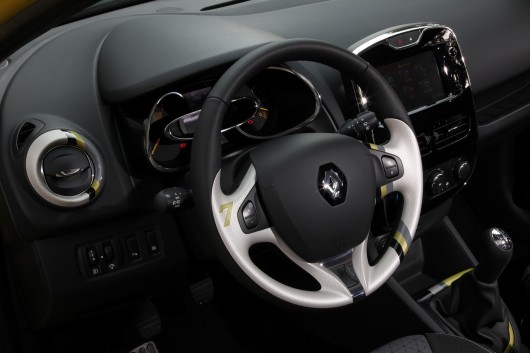 There’s a multitude of choice for both the exterior and interior colours in the Clio, with different décor themes on offer, Elegant, Sport and Trendy. The standard level of equipment is generous with such items as keyless entry, ABS, EBA (emergency brake assist), cruise control, daytime led lights and Bluetooth connectivity all included. The high-end R-Link model comes complete with a 7” colour touch-screen infotainment system, that features satellite navigation and communication functions for social networking sites. Renault plan to offer specific apps for this system through its R-Link Online Store.

With its class-leading looks, a vast range of personalisation options and frugal engines to match, this new Clio is suitably equipped to take on its competitors such as the Toyota Yaris, Volkswagen Polo, Ford Fiesta and Peugeot 208. 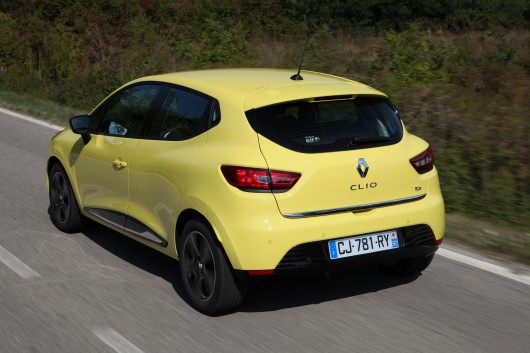