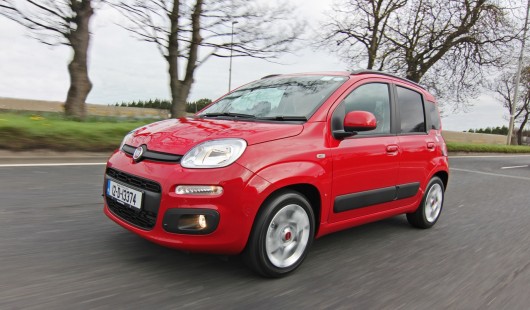 To many the Fiat Panda is the original city car that sparked a trend amongst the German and Japanese giants that now has Irish roads flooded with choice. Growing up my mother in law had the original Fiat 500 whilst my late uncle drove the Fiat Panda on his daily commute into Dublin City. In those times there was little to rival Fiat in the city car category and for many years nothing changed. In the last couple of weeks I have spent time with two of Fiats latest offerings the Panda petrol and diesel. Fiats latest re-invigorated version of the 1.2-litre petrol has 69hp and is joined by the equally familiar 75hp 1.3 Multijet turbo diesel and the TwinAir, which we have yet to test. After living with the petrol and diesel variants the outright economy star is the MultiJet with the claimed 72.4-mpg achievable if you go easy on the right foot! 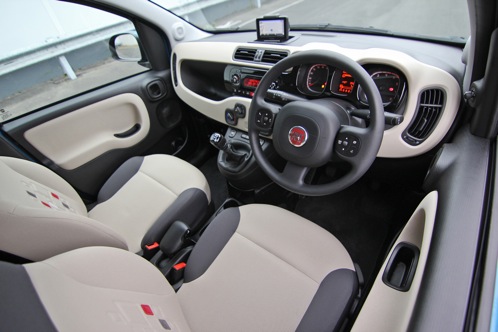 The TwinAir turbo’s claimed 67.2 mpg combined is matched to range-topping performance figures of 0-100km/h in 11.2 seconds and 177km/h but after driving the Fiat 500 TwinAir over Christmas we did find it thirsty if driven in a spirited fashion. Still, start-stop, a gearshift indicator and an ‘Eco’ mode are all standard which help aid in the mpg battle. What the Fiats of yesteryear certainly didn’t have was something called Eco Drive. This is an innovative software system that teaches you how to drive more efficiently and very effectively and when switched off you will notice an increase in power thus leading to more fuel consumption. Keep in mind these are city cars that don’t always see motorways so the Eco mode should stay on. 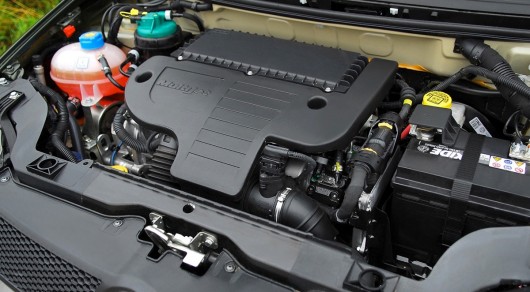 So how does the petrol compare to the diesel? Well if I’m honest there is no comparison really. The petrol 1.2 felt weak and somewhat tired in comparison to the diesel so really the only choice in today’s market is the TwinAir or the Multijet diesel. I found the petrol underpowered on my daily commute, which involves a motorway. On the other hand the following week was a pure pleasure in the super frugal diesel variant. As the Panda is so light, 75hp feels adequate and it performs admirably in the city, on B roads and the motorway that proved to be the Achilles heal of the 1.2 petrol. In terms of space it’s hard to beat the Panda with such a roomy cabin, ample storage and practical functionality. Its pretty cool looking too with a sort of APP feel to everything thanks to the square shaped theme with rounded corners. It’s everywhere including the instrument cluster, seat backs, steering wheel, gear lever and even the handbrake. 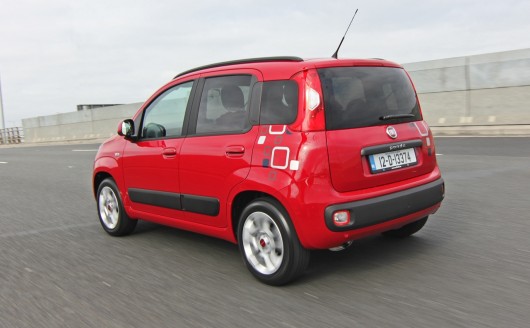 Matching the funky interior is the exterior, which to most is simply cute but I’d rather see it as a purposeful design that offers fantastic visibility. It’s a doodle to park with such a short nose and slab sided rear end making it ideal for sneaking into tight city spots. To sum up the Panda I’d say it’s a very capable city car. People keep harping on that its to old hat compared to the VW Up, Seat Mii or Skoda Citigo but with a recent new addition to the family I know which I would prefer to load a child into the back of. With waistline access the Panda doesn’t break your back and does everything you ask of it, and more. Just remember, the diesel is the one to have! The 1.2 Petrol is priced at €11,995, the TwinAir is €12,495 whilst the 1.3 Multijet is €19,495.