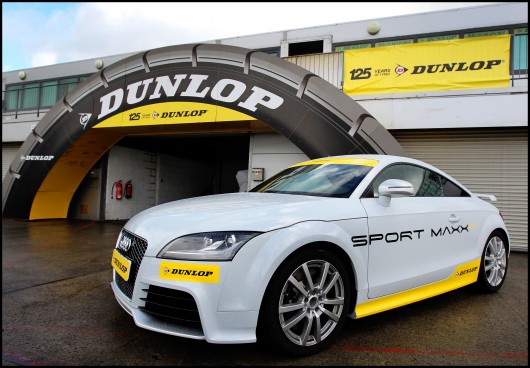 2013 marks a milestone in the history of Dunlop Tyres, as they celebrate their 125th anniversary. John Boyd Dunlop opened the world’s first pneumatic tyre factory in Dublin’s Stephens Street in 1888. The following year his tyres were put to the test on their racing debut, needless to say they pretty much blew the opposition away, and as they say, ‘the rest is history’. 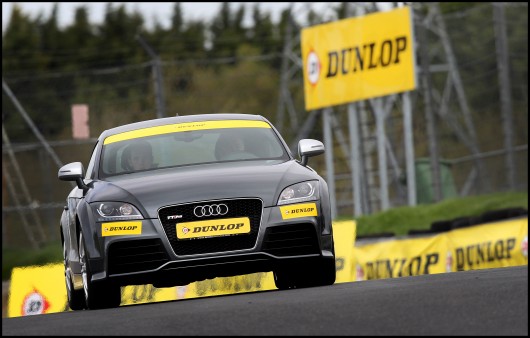 Dunlop recently held a tyre demonstration and testing event at Mondello Park International Racing Circuit in Co. Kildare. This event gave us the opportunity to put Dunlop’s latest tyres to the test in a safe and controlled environment. At the top-end of the tyre market for high-performance and sports cars, Dunlop has its Sport Maxx RT tyres. These tyres will become standard fitment on the new Maserati Quattroporte with 245/45/ ZR19 tyres on the front and 275/40 ZR19 tyres on the rear. These tyres are also in use on such cars as the Porsche 911 GT3, BMW M5, Mercedes SLS and C63 AMG. We had the opportunity to test the Sport Maxx RT tyres on an Audi TT RS around the tight and technical National Circuit. We experienced a typical Irish summer’s day with plenty of heavy rain showers and bright sunny spells, perfect for putting the tyres through their paces. The four-wheel-drive Audi TT RS has copious amounts of power on offer, with 340hp the tyres are certainly vital for grip and control. We found them to provide excellent wet and dry grip on track. They were noticeably quiet in the dry when cornering, where you might expect to hear tyre squeal under load. For a sports or high-performance car the Sport Maxx RT’s deliver the performance to match the car’s ability. 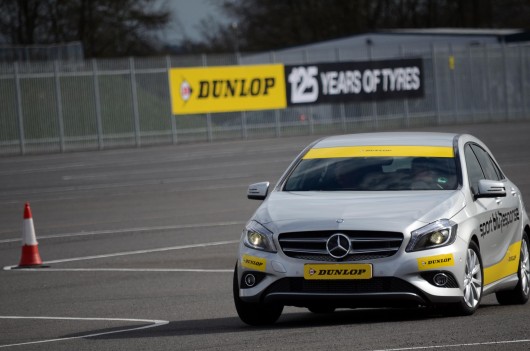 Also on the day, Dunlop launched its new Sport BluResponse tyre aimed at touring summer use, with the added benefit of offering superb wet weather grip. We drove a Mercedes-Benz A-Class with these tyres fitted and drove through a slalom course negotiating cones with slow and fast changes of direction. Thankfully, at all times the A-Class felt stable with plenty of grip evident despite the appalling conditions at times. The excellent wet braking capability can be attributed to the large central grooves in the tyres, these are designed to evacuate the water efficiently. On average, these tyres offer up to three metres shorter braking distance in comparison to its competitors.

Our last test of the day was to try wet braking and handling in powerful BMW Z4’s which were fitted with new Goodyear EfficientGrip tyres. The EfficientGrip tyre is available across two models, Performance and Compact, with 68 sizes available ranging from 15” to 18”. This new EfficientGrip range replaces older models including, Excellence, Eagle NCT5 and Duragrip. We drove two BMW’s one equipped with EfficientGrip Performance tyres and one with a budget brand of tyres. The most notable difference between the pair is in the wet braking capability, and in particular the stopping distances, the EfficientGrip-equipped car stopped a noticeable distance shorter then its budget competitor. 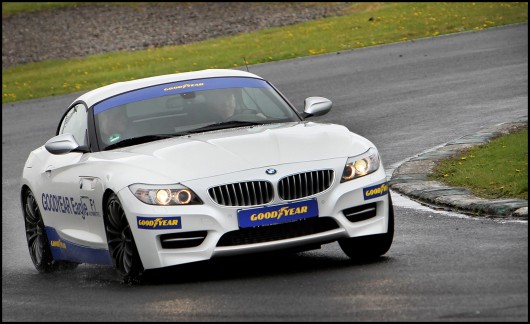 With the cost of motoring affecting all motorists in the current, tough economic climate, motorists often purchase new tyres for their car with price being their only priority. After a day’s testing premium brand tyres from Dunlop we firmly believe that spending money on quality tyres is a sound financial investment, it’s also a safe one, reducing the risk of an accident with improved gip all round. After all, there’s just a small piece of rubber that separates your car or motorcycle from the road.

Dunlop is continually investing in research and development to produce new, efficient tyres with superior wet and dry grip for a variety of uses. I’ve no doubt that John Boyd’s legacy will continue for another 125 years.