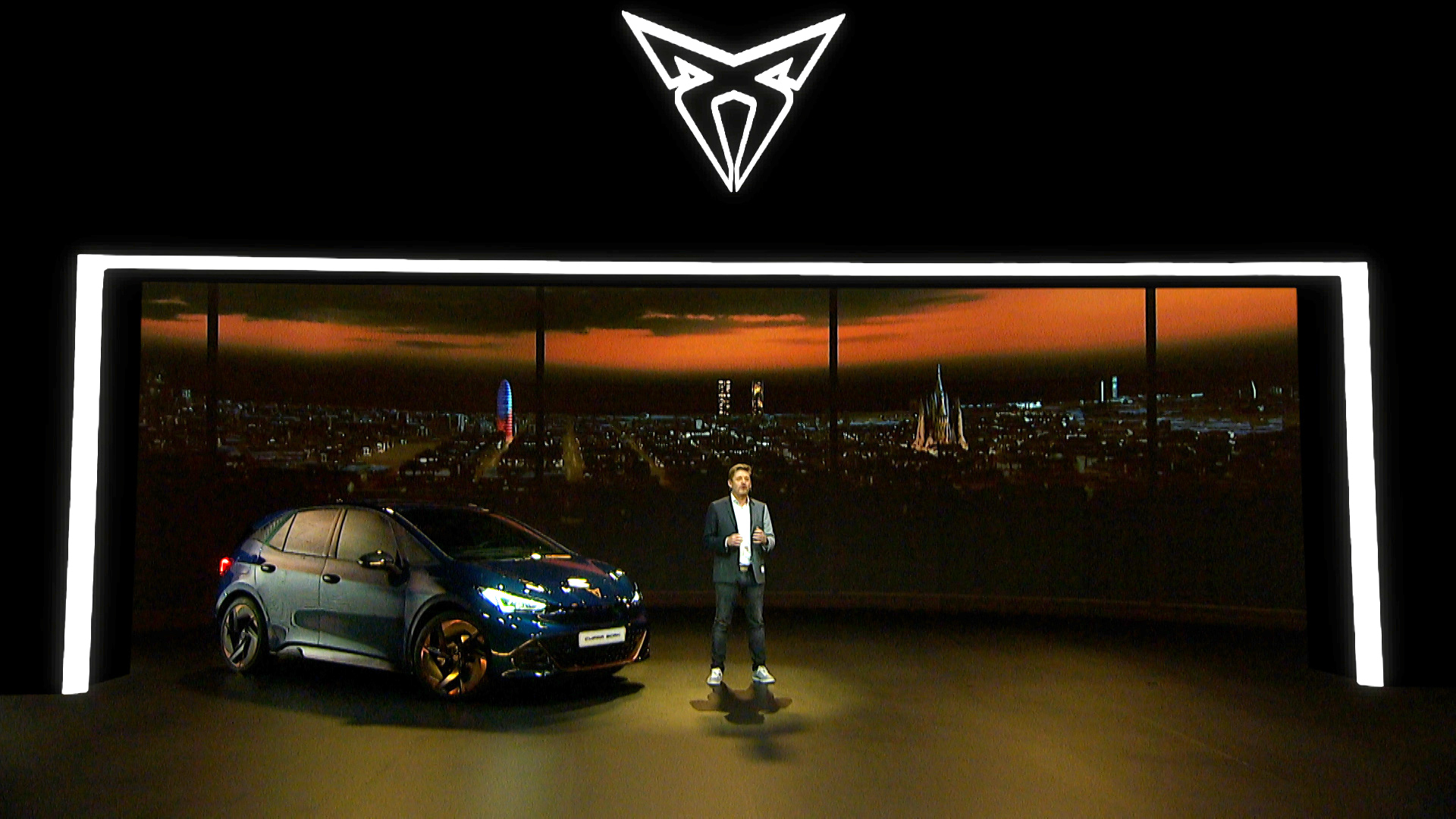 CUPRA is heading into a new era. Three years after its launch in Terramar, the automotive brand faces a key year in 2021 as it looks to be the impulse for the company’s transformation and prove to the market that electrification and performance are a perfect combination with its six plug-in hybrid variants, including the recently launched Formentor e-HYBRID and its first ever 100% electric model, the CUPRA Born.

As part of the company’s third anniversary celebrations, the CUPRA Tribe took to the CUPRA e-Garage virtual platform to unveil its plans for the future at a digital event attended by distinguished guests including ambassadors Marc ter Stegen and Fernando Belasteguín, race drivers Mattias Ekström, Jordi Gené and Mikel Azcona, and Game of Thrones executive co-producer Vince Gerardis.

CUPRA President Wayne Griffiths kicked off the event by saying: “CUPRA has surprised everyone in these three years and has even continued to grow during the pandemic. These great results make us optimistic to push harder in 2021; this year we’re looking to double the sales volume of 2020 and reach a mix of 10% of the company’s total volume.”

Since its creation in 2018, CUPRA has exceeded all initial expectations by selling 65,000 units and growing at a double-digit rate. Following the launch of a new product range and with the introduction of its first model uniquely developed model, the Formentor, CUPRA has accelerated its growth and in January 2021 became the fastest growing brand as well as achieved its second consecutive monthly sales record. In order to achieve its goals for the current year, CUPRA’s strategy rests on three pillars: boosting the product range towards electrification; implementing a new distribution strategy to strengthen its global presence; and continue building the brand’s universe through new experiences.

Electrification will be the key to CUPRA’s growth in 2021. With all six hybrid variants of the CUPRA Leon and CUPRA Formentor on the market alongside the CUPRA Ateca, the brand aims to strengthen its presence in Europe and access the most electrified markets, such as Norway and the Netherlands. The brand’s goal is for 50% of the Formentor’s total sales to be plug-in hybrid versions. CUPRA also wants to expand its presence in international markets such as Mexico, Israel and Turkey.

The launch of the CUPRA Born, the production model that is named after the trendy Barcelona district that inspired its creation, is set to be the impulse for the company’s transformation, according to Wayne Griffiths: “The CUPRA Born will be a game-changer in the electric market with its stimulating design and instantaneous performance. This vehicle will contribute to reducing global CO² emissions and meeting European targets. With this car we intend to contribute to the electrification of Spain and the world through its emotional sportiness, and we want the next generation of young challengers to be part of this transformation. That’s why this vehicle will also be offered under subscription contracts, with a monthly fee that will include the use of the vehicle and other related services.”

The CUPRA Born will open the door to new international markets and increase the brand’s presence in the most electrified countries. In Ireland the brand will double its retail distribution network in anticipation for growing demand. With its 500 kilometres of range and a stylish design, the brand hopes to broaden its customer base and conquer those looking for the most advanced technology with minimal environmental impact, as some elements of the model will be made from recycled plastic materials. The CUPRA Born will go into production at the Zwickau plant in Germany starting in the second half of the year. Moreover, Wayne Griffiths announced at the end of the presentation that the brand is working to make the CUPRA Tavascan Electric Concept a reality. With a full range of products and a global distribution network, the third pillar of CUPRA’s strategy is to generate new experiences and expand into new territories, with a vision to inspire the world from Barcelona.

CUPRA’s Director of Strategy, Business Development and Operations, Antonino Labate, presented the padel racket co-created with the sports brand Wilson for World Padel Tour player and CUPRA ambassador Fernando Belasteguín. With this racket, which the Argentinean player will use to play some tournaments on the professional circuit, the firm wants to demonstrate its involvement in the expansion of padel, the fastest growing sport in Europe. In addition, Labate announced a new collaboration with De Antonio Yachts, a Barcelona-based high-performance designer yacht firm. The two brands have worked together on the design of the D28 De Antonio CUPRA, a yacht in the iconic colours of the brand. The CUPRA executive announced that the future ambition is for the two brands to explore the creation of a hybrid powered yacht.

As people and their emotions are at the core of the brand’s strategy, to close the event in style CUPRA unveiled the RPM video teaser, a sci-fi TV production set in the year 2101, where emotions are forbidden and a group of rebels fight to awaken humanity. The teaser features leading actors such as Natalia Reyes, star of the latest Terminator, Spanish actor Eduard Fernández from the 30 Monedas series and Goya-nominated actress Juana Acosta. The announcement featured an appearance by Vince Gerardis, executive co-producer of Game of Thrones and the RPM  teaser alongside Uria brothers and Daniel Posada from Infinito Studios.

To view the full range of CUPRA models and to find a CUPRA retail listing in Ireland go to cupraofficial.ie