With the scenic Killashee House Hotel as the backdrop, Citroen Ireland introduced the Irish motoring press to 5 new models which they hope will provide a much needed boost as they approach 2017. It has been some time now since we have seen a new product launched for Citroen but they have been quietly working away in the background.

Trying to get ahead of the trends for any car company is a task in itself but in the past twelve months Citroen Ireland have had to adapt following their takeover by the IM Group. This takeover has brought positive change with 15 new staff being taken on bringing their workforce strength to 25. With new staffing in place, Citroen Ireland have now begun to look to the future in how to improve sales and provide a better customer interface within the brand in Ireland.

It is no doubt that with the launch of these new models that Citroen hope to continue to provide for every motorists needs and are anxious to ensure that their pricing helps to achieves just that. So what can we expect from the French brand in the months to come? 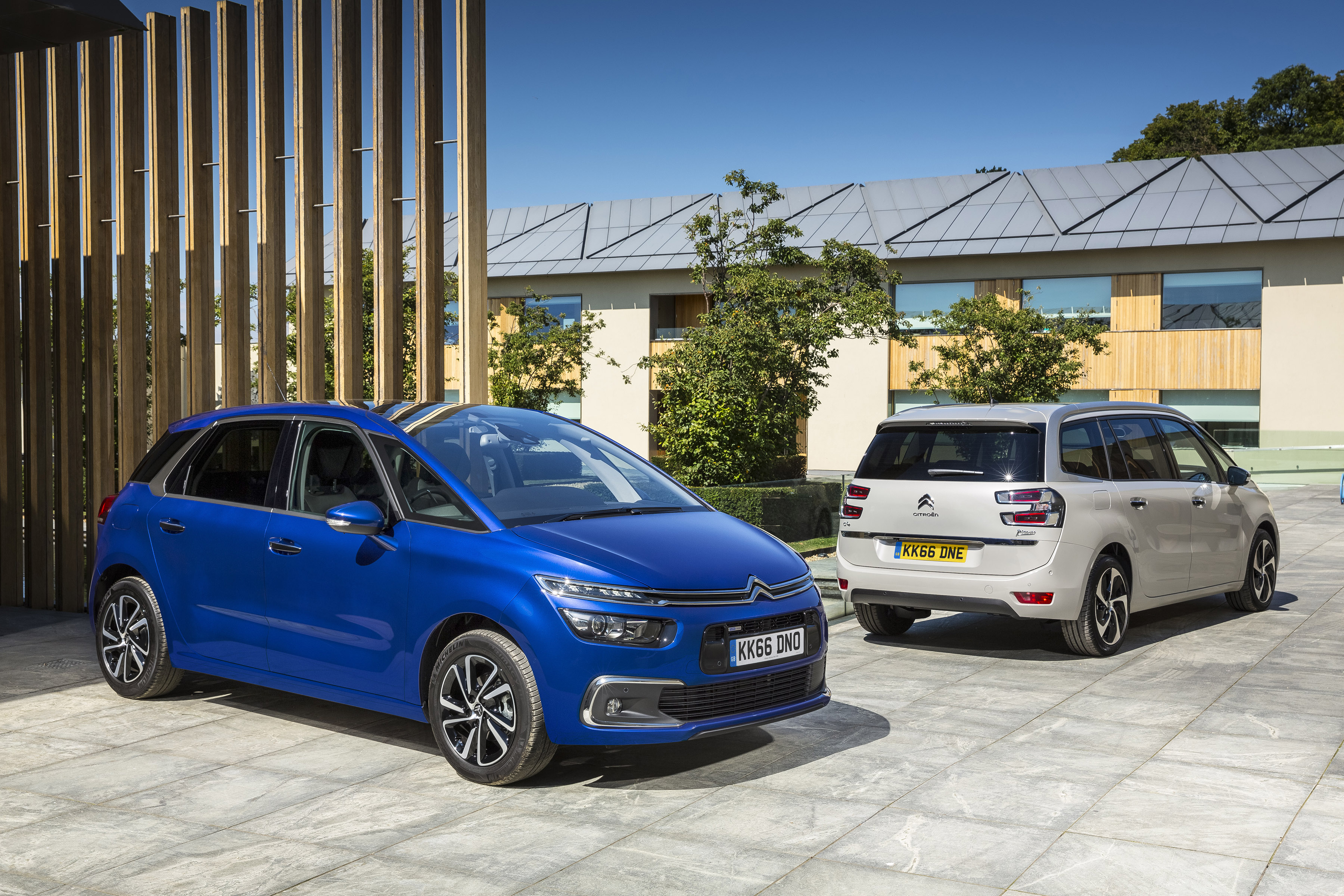 Firstly, there is the newest version of the Citroen C4 Picasso and it’s seven seater version the Grand C4 Picasso. The newest models which are on sale now throughout Ireland will look to build on the success associated with their previous models and prices will start from €26,695 and €28,995 respectively. Both models will be available in three trim levels; Touch Edition, Feel and Flair with a new more dynamic front end being shared between both models as well as keeping the now signature three tier lighting at the front. New 3D effect rear lights now come as standard across the range.

In terms of driver assistance, two new optional packages will be available. Driver Assistance Pack one will include active lane departure warning, active blind spot monitoring, speed limit recognition, intelligent beam headlights and driver attention alert while driver assistance pack two will include all of the above along with active radar cruise control. Citroen have also made great efforts to ensure that the infotainment and touchscreen systems within the cars are more user friendly ensuring to maximise the driving experience. New systems will include an optional full 3D sat nav system as well as Mirrorlink and Apple Carplay. 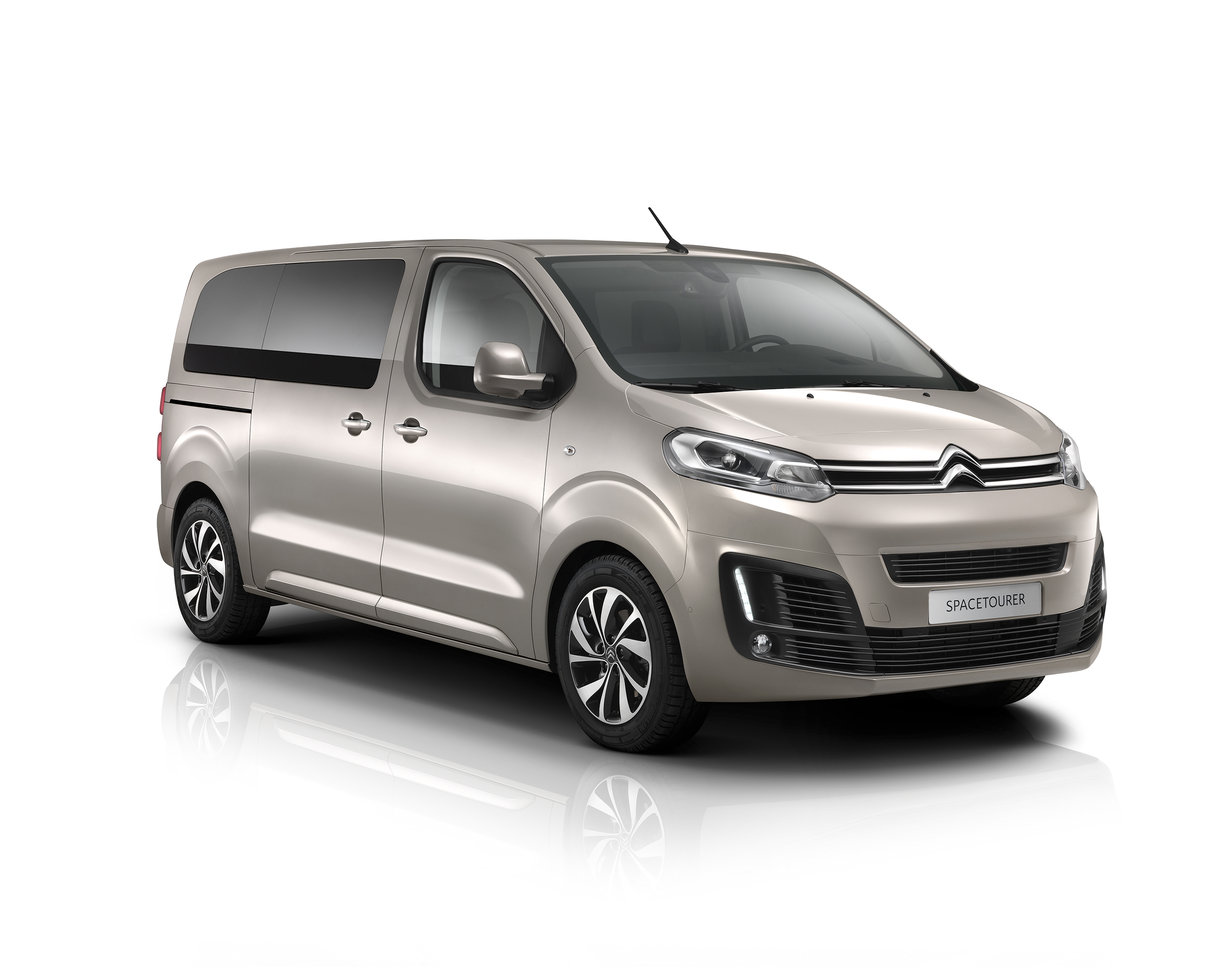 Next up is the new Citroen Spacetourer which received an excellent response for Citroen when it was displayed at the National Ploughing Championships last month. The Spacetourer promises to be a hit with the ever expanding families as it can seat up to nine people along with 6 Isofix seats in the rear. The new Spacetourer is available in three variants; XS, M & XL and will be available in two trim levels; Feel and Business.

In terms of the Feel trim which is more suited to modern families the interior is highly modular with sliding seats on rails for either optimal legroom or boot space. This trim level can seat up to 8 people including the driver. A clever new feature which will be available as an optional extra will be the inclusion of hands free access which will be a first for this segment. This system allows motorists to open and close the side doors contact free for hen you have your hands full. A simple movement of your foot under the corner of the rear bumper will unlock the vehicle and open the sliding side door on the driver’s side automatically.

Following a brief test drive of the new Spacetourer M model, it appears to be extremely versatile and has driving characteristics more common in a family saloon. Given the positioning of the front and rear wheels and a reduced overhang it handles very well and the level of visibility and vehicle positioning is brilliant.

The Business trim will be available in two lengths with eight or nine seats depending on your specification. This will be more aimed at professional passenger transport for hotel shuttles and executive taxis. Configuration is completely buyer specific ensuring that all of your professional needs are catered for. Given its overall height of just 1.9 metres high it also ensures relatively easy access to most city carparks, shopping centres and airports.

Pricing at present is from €38,300 for Feel trim and from €41,050 in Business trim. We are informed that it will be early next year before the XL model will be available in Ireland and pricing is yet to be confirmed. 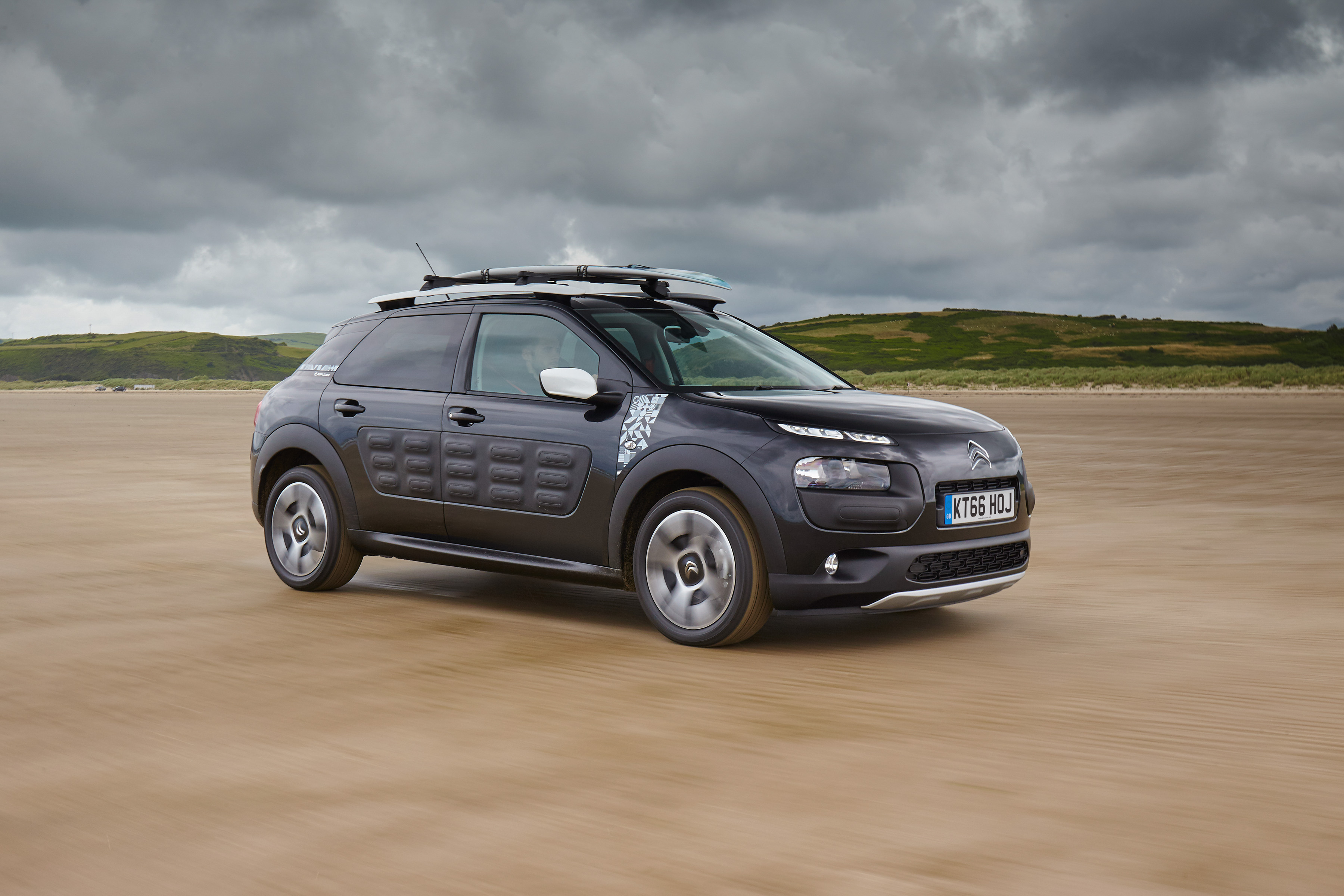 Next up in the Citroen product offensive is the C4 Cactus Rip Curl Special Edition. Pricing on the C4 Cactus Rip Curl will start from €23,995 and sees the introduction of Grip Control for the very first time along with Rip Curl inspired styling elements which look to emphasise the adventurous character of the C4 Cactus. This collaboration between Citroen and Rip Curl features unique styling with Rip Curl graphics on the wings and rear quarter lights as well as white roof rails and wing mirrors, orange seat belts, orange detailing on the audio speakers and orange trimmed carpet mats. With the introduction of Grip Control the new C4 Cactus Rip Curl will also feature 17-inch diamond cut alloy wheels along with Goodyear 4 seasons Mud and Snow tyres.

Engine choices with the C4 Cactus Rip Curl will be either the Pure Tech 100 S&S or the Blue Hdi 100. Both engines have been tried and tested over the years and have established themselves within the PSA group as being perfectly capable.

Next up, and probably one of the most eagerly awaited products from Citroen in recent years is the all new Citroen C3. Whilst it is not currently available in Irish showrooms, it will feature in the Citroen “Le Grand Tour” which is currently travelling around Irish dealerships. The 5 door supermini hopes to improve on its previous success whilst continuing to offer the discerning buyer a unique customised product. One of the cleverest features which I experience during the course of the launch was the introduction of a new built in dash cam or ConnectCam as Citroen refer to it. Put simply, this system uses a fully integrated camera located behind the rear view mirror to capture images and video that can be instantly shared through social media or saved as evidence in the event of an accident.

First impressions of the new C3 are all good and it promises to be a continued success story for Citroen. Pricing is due to be announced in the coming days. 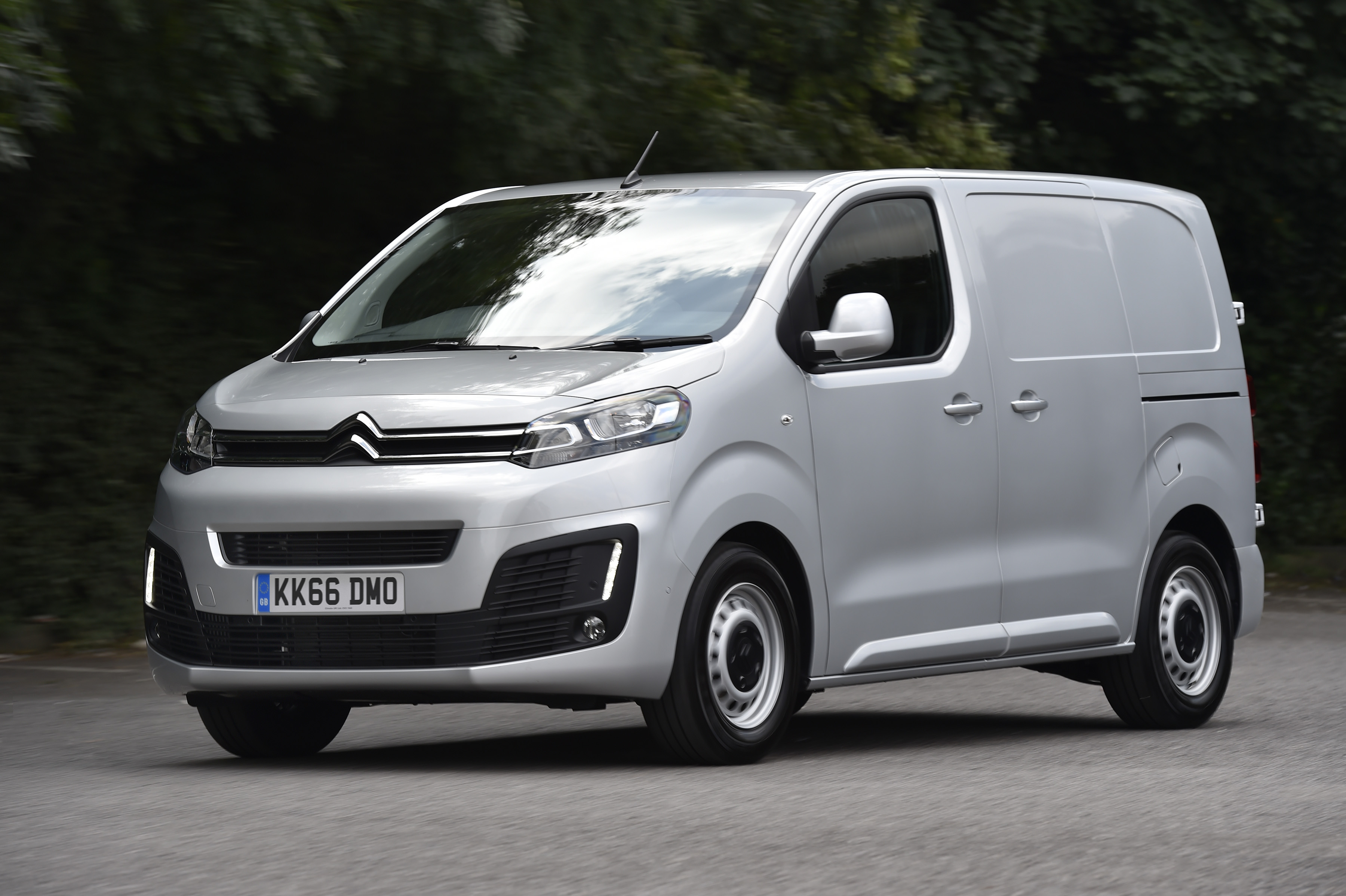 Last but by no means least in the Citroen product revival is the new Dispatch light commercial van. Citroen seem quite proud of the fact that the new Dispatch is the first vehicle of its type to offer hands free sliding side doors and a head up display which they hope will make working lives easier and safer. The new Dispatch will be available in van, combi and crew van versions as well as being specified in three lengths; XS, M and XL like the new Spacetourer.

Pricing on the new Dispatch will start from €21,500 to €32,000 which leaves it very well positioned with the competition when standard spec is brought into play.

Whilst this was only a brief experience of all of the new models being brought to us by Citroen we look forward to bringing you our full test reviews of all of the above models in the months ahead.