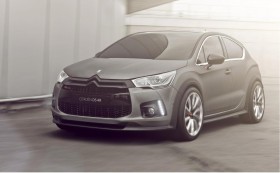 Citroen will display its DS4 Racing model at the upcoming Geneva Motor Show in early March. They’re calling in a concept but we’ve no doubt this car will make the transition from concept to production in a short space of time. It promises to offer performance and excitement with 256hp available from its 1.6l turbocharged petrol engine.

The DS4 sports a lowered chassis, wider track and larger brakes over the standard model. It’s finished in a matt grey paint with a two-tone roof and two-tone wheels. There’s a helping of fancy carbon fibre bits on the bodywork, with a front splitter and wheel arch extensions. It certainly looks the part, and after just recently testing the DS3 Racing which impressed us, we look forward to driving this DS4 Racing in the near future. 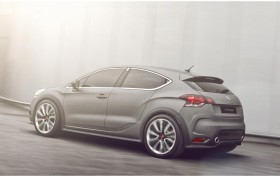