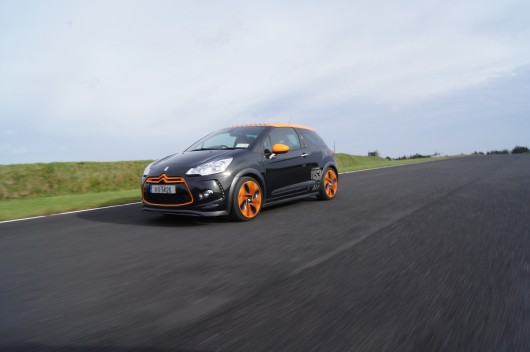 Citroen certainly know a thing or two when it comes to building fast rally cars, can they translate this knowledge to their road version of the DS3 rally car? There’s no mistaking the DS3 Racing on the road, finished in bright orange paintwork, which adorns the car’s roof, front grille, door mirrors and wheels. It’s certainly striking, if you would prefer something more subtle, there’s a polar white body with a carbon grey roof model available. The car’s exterior is also finished with some genuine carbon fibre trim that’s present on the front grille, side strips and rear diffuser. This colourful sporty theme is also evident inside the car, with carbon fibre detailing on the steering wheel, dash and door cards. By far the finest feature of the car’s interior, is the pair of figure-hugging sports seats which hold you firmly in place when you unleash the DS3’s almighty power. Power is something the DS3 Racing isn’t short of, it’s got 207hp under the bonnet which is derived from a turbo-charged 1.6-litre engine. It’s essentially the same THP engine as fitted to the DSport model that’s been remapped with increased turbo boost and torque. 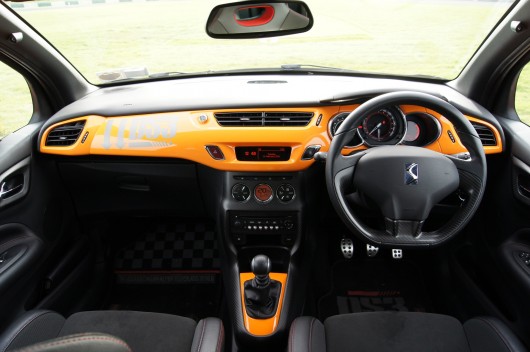 Whilst the Citroen Racing engineers have clearly done a remarkable job with the engine, unfortunately they didn’t fit a limited slip differential, this would eliminate the fair degree of torque steer that’s experienced under hard acceleration. That said, for the majority of driving on the road it doesn’t cause any hindrance to the driving experience. The DS3 Racing’s main competitors would be the Renaultsport Clio and MINI Cooper S. Whilst the DS3 is faster, I prefer the Clio’s chassis which provides superior feedback through the steering wheel. 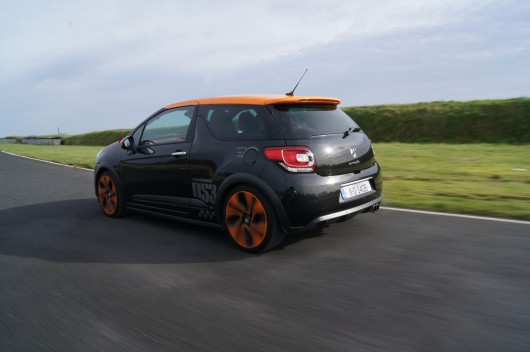 The €33,340 Citroen DS3 Racing offers a true slice of rally-bred performance from the manufacturer behind no less than six WRC Manufacturer’s titles.