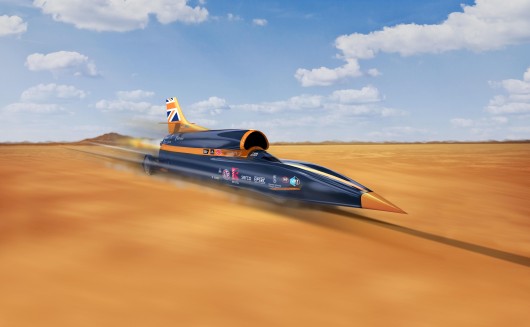 Visitors to the RIAC National Classic Car Show in the RDS on the 1st and 2nd March will have the opportunity to see the Bloodhound SSC supersonic car which will be on display. It’s a unique rocket and jet powered car designed to achieve 1,000mph. The car itself weighs in at just over 7.5 tonnes and is nearly 14 m long. Its jet and rocket-powered engines produce more than 135,000 horsepower (more than 100,000 kW) pushing this vehicle to an incredible 1,000 mph (1,609 kph, Mach 1.4). That is more or less the same horsepower as 180 Formula 1 cars! At its top speed it will be generating an incredible air pressure of 11 tonnes per square metre on the vehicle.

Richard Noble, project director and former world land speed record holder, who will join his team at the Classic Car Show on Sunday 2nd March, stated: “Breaking the World Land Speed Record is not the main goal of the Bloodhound Project, rather, it’s to inspire young people to pursue careers in science, technology, engineering and mathematics by showcasing these subject in the most exciting way possible. We are thrilled to be invited to Ireland to share our experiences to date and hopefully bring some of the visitors to the show along with us on our journey into the unknown” 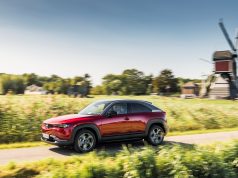