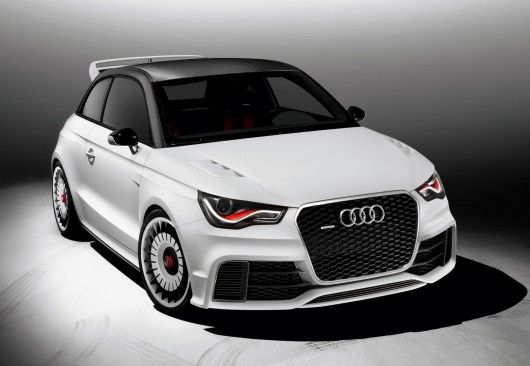 Audi’s sales figures have shown a strong growth worldwide, with September’s figures just released. The Company sold around 120,200 cars worldwide in September – 17.1 percent more than during the same month last year. Sales in Europe grew 9 percent to around 67,200 cars, driven primarily by high growth in the United Kingdom and in the Scandinavian markets.

Depsite Irish car sales decreasing by 36 percent in September 2011 versus the same month last year, Audi Ireland reported an 11.6 percent growth for the same period and 22.1 percent increase this year-to-date, reaching a total of 3,261 registrations. This strong performance underlines Audi’s position as the leading premium car brand in Ireland.

Andrew Doyle, Managing Director of Audi Ireland said; “Audi holds 30 percent of the premium car market year-to-date, maintaining our position as leading premium car manufacturer in Ireland. With our strong product line-up planned for 2012 and our continued dealership investment, we are confident this growth will be sustained throughout next year.”

In China, its largest sales market, Audi significantly accelerated its growth and, with sales of around 29,500 cars, exceeding sales for September of last year by 33.2 percent.

“The third quarter has been an especially successful one for Audi in China. We were able to significantly extend our premium segment lead thanks in part to our expanded production capacities,” said Peter Schwarzenbauer, Member of the Board of Management for Marketing and Sales at AUDI AG.

Between January and September, the company’s cumulative sales in the Middle Kingdom amounted to around 226,000 vehicles. Schwarzenbauer: “During the first week of October we had already equaled our sales record for all of 2010 in China. We want to pass the 300,000 mark for the first time in 2011.”

In Germany, AUDI AG increased its sales most recently by another 7.5 percent to 20,002 premium cars; cumulative sales in the company’s home market surpassed that of the same period last year by 15 percent, with 185,022 cars. As in European countries outside Germany, additional growth was sparked in September above all by the A1 and by the new generation of the A6.

Strong growth in the United Kingdom contributed in September particularly to the 11.6 percent increase in sales figures in Western Europe over the first nine months to around 518,600 vehicles. 18,653 UK customers chose an Audi: 15.7 percent more than during the same month of last year.