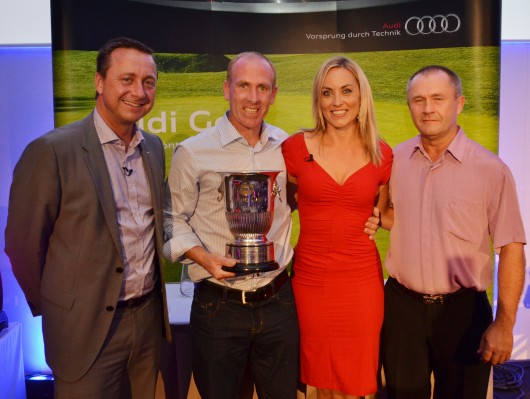 Brian McCarthy and Bill McGarry from Cork have won the Audi Quattro Cup final, held yesterday in the Killarney Golf Club. They won the final by just three points, with a total score of 47 points. They were closely followed by second place finishers Peter Cahill and Kevin Smith, with 3rd place going to Ian Pericho and Anthony Daly. Brian and Bill will now go on to play in the world final of the Audi Quattro Cup, representing Ireland, it takes place in the Western Cape Province, South Africa this November. Over 280 Audi customers took part in the regional heats across some of Ireland’s most prestigious golf courses, with the top six teams qualifying for the final in Killarney. The Audi Quattro Cup has been running for over 20 years with in excess of one million Audi customers participating all over the world. This year there will be almost 90,000 golfers playing in 760 tournaments across 52 countries. Pictured above are Brian McCarthy, Bill McGarry, Andrew Doyle, Managing Director Audi Ireland and Kathryn Thomas, Audi Ireland Brand Ambassador. 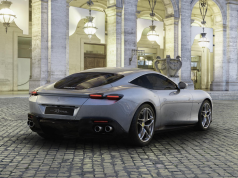 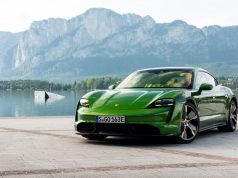