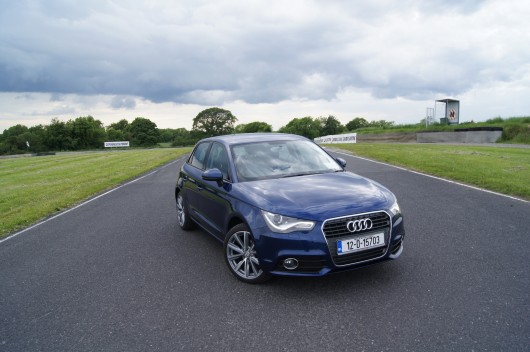 The addition of two rear doors to the Audi A1 no doubt enhances the car’s practicality. The result is this Audi A1 Sportback, a five-door five-seat variant of the classy premium A0 segment car. The A1 has already achieved success gaining numerous awards, and has seen sales of 420 units in 2011 acrossIreland. The Sportback variant is slightly larger than its two-door variant, it’s six millimetres taller and six millimetres wider which results in increased interior head and shoulder room. There’s now also room to accommodate a third passenger in the rear. 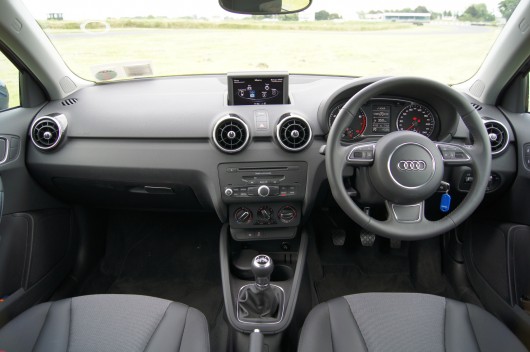 The interior, whilst fairly sparse in my test car does have the premium touch and feel to all the switch gear that you obtain in Audi’s executive models. Standard equipment is sufficient with the likes of air conditioning, alloys, ESP and a sports steering wheel all included. You can upgrade to the Sport and S versions which come well appointed with leather seats, xenon headlights and larger wheels etc. 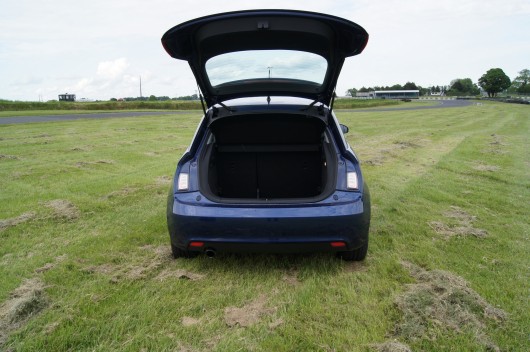 There’s an extensive range of petrol and diesel engines available with varying power outputs. The key sellers will be the 1.2-litre TFSI petrol with 85hp and the 1.6-litre TDI diesel with 90hp. I drove the 1.2-litre petrol variant, which turned out to be the most surprising of drives so far this year. 85hp doesn’t sound like much and to be honest I didn’t expect much of the A1 Sportback in this guise, after a short drive I thought I had the 1.4-litre model. The 1.2-litre has an ability to use all of its power all the time thanks to its small turbo and 160Nm of torque, it’s a revelation of an engine and out drives much larger capacity cars. The engine is mated to a five-speed manual gearbox that has a light touch. Even when pushed on I could achieve very respectable fuel consumption, with Audi’s claimed combined consumption of 5.1l/100km not too far away. With 118g/km of CO2 the A1 Sportback achieves Band A placement. The A1 Sportback has a starting price just shy of €20,000 at €19,910 with an early twenty’s spend required to achieve a fair level of trim. 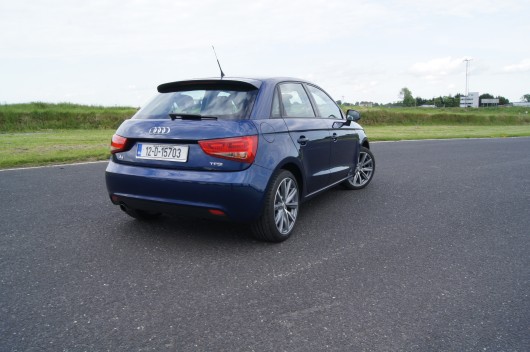