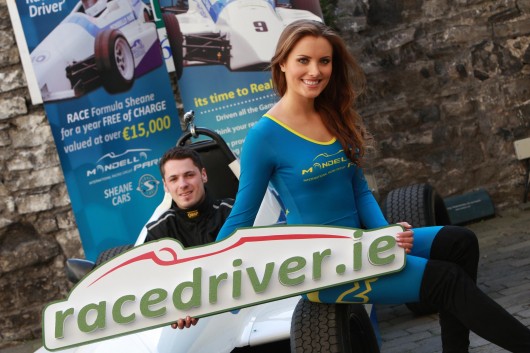 Mondello Park and Sheane Cars today announced details of its Become A Racing Driver competition which will turn one lucky winner from Motor Racing wannabe into a competitive race driver in time for the start of the 2013 Irish Motor Racing season. The competition is only open to drivers who have never previously held a competition licence and will run between now and March 2013.

The fantastic prize is open to anyone with a driving licence and the competition winner will receive the unprecedented opportunity to experience just what it’s like to race a single a seater racing car, in the highly competitive Irish Formula Sheane championship. Valued at more than €15,000, the prize includes everything a racing driver needs, from obtaining the required competition licence through to expert tuition from experienced driver coaches.

The Become A Racing Driver competition, which is entering its third season, is organised by Mondello Park in conjunction with Ireland’s most successful Race Car constructor, Sheane Cars of Wicklow. As part of the prize package, the County Kildare circuit covers all Mondello Park entry fees, testing charges and the competition licence fees, as well as providing invaluable coaching and assistance. 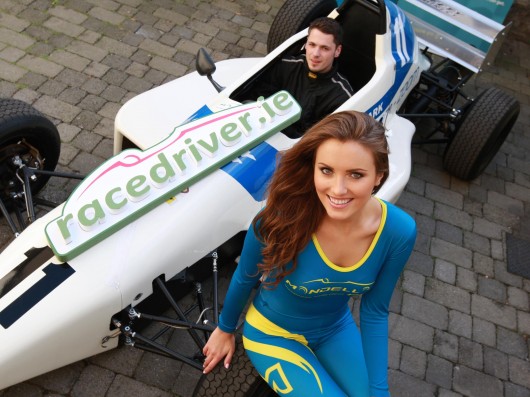 Sheane cars will supply the winner with a fully prepared Formula Sheane car, which they will transport and maintain for the entire season free of charge. The final part of the package will be supplied by Murray Motorsport who will provide the winner with a full set of race-wear, valued at up to €1,500, which will be theirs to keep.

The competition is an unprecedented way to get a foot on the Motor Racing ladder. To enter drivers must have a full driving licence and have previously completed a Mondello Park Motor Racing School course. Once they have a race school experience under their belt they are then eligible to purchase a Become A Racing Driver entry for €235.

On the Become A Racing Driver course, each entrant gets the chance to drive two racing cars with their performance being rated in a number of categories. The highest points scorer from each day, proceeds through to the final where they get to do it all again free of charge. On this final day the winner will once again be the highest points scorer, across a range of categories and not necessarily the outright fastest driver.

The competition has been run on two previous occasions, with Sean Hynes from Mayo being the inaugural winner and Wicklow’s Timmy Swail the current champion. Both have performed exceptionally well against much more experienced opposition during their début season with Swail still in the midst of his 2012 championship challenge as the 2013 driver search is launched. Tim Swail’s next outing is at Mondello Park over the September 15th/16th weekend when he races for the prestigious Leinster Trophy which in the past has been won by Ayrton Senna amongst others.

Budding motor racing stars wishing to fulfil their Motor Racing dreams and follow in the tyre tracks of the previous winners can find all the details at www.racedriver.ie.