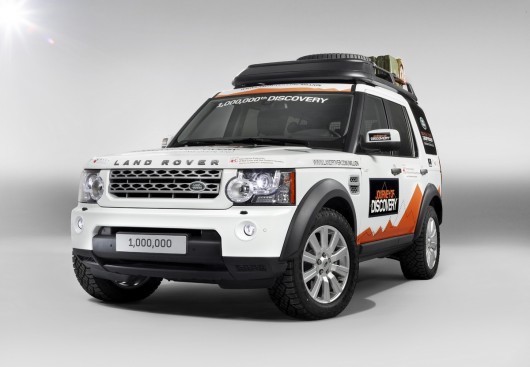 The 1,000,000th Land Rover Discovery has rolled off the production line at Jaguar Land Rover’s manufacturing plant in the UK. To celebrate this achievement Land Rover are sending this Discovery on an epic journey from its birthplace in Birmingham to Beijing in China. This adventure will see the Land Rover Discovery travel 8,000 miles through 13 countries and is expected to take 50 days. The aim of the trip is to raise one million pounds sterling for the International Federation of Red Cross and Red Crescent Societies (IFRC).

The Land Rover Discovery has won over 200 awards worldwide with record sales of almost 45,000 units in 2011 across 170 countries. Commentating at the announcement of the fundraising trip Mark Cameron, Land Rover  Global Brand Extension Director said “Land Rover is delighted to launch the One Million Pound fundraiser in aid of the IFRC – an organisation we have had a relationship with since 1954. The funds will be used directly by the IFRC, over a three-year period and will be donated to a water sanitation project in Uganda, with over 45,000 beneficiaries.”

For further information on this event please visit www.landrover.com/million